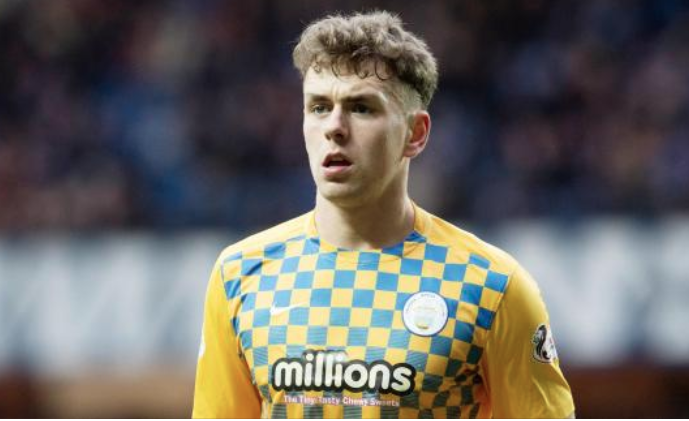 Finn Harps completed the signing of Scottish defender Mark Russell on Monday evening just in time for the 22-year-old to be named in the squad for the game against St. Patrick’s Athletic at Richmond Park.

Russell was included in the substitutes list but wasn’t used by manager Ollie Horgan.

Born in Paisley,  Russell started out his professional career at Scottish Championship side Greenock Morton where he was to spend five seasons. A left-back primarily, he was included in the PFA Scotland League One Team of the Year for 2014-15.

With only three games gone and 33 more Premier Division matches to come plus cup games, Horgan says Russell is a very useful addition to his squad.

The Harps manager said: “We were looking to add to the squad to give a bit more strength in depth and Mark fits the bill for us as we needed more cover on the left side. He has played plenty in the Scottish Championship and that should stand him in good stead to help us.

“He was only cleared to join us after the international clearance came through on Monday evening before the Pat’s game. Mark will need to get a bit of training done as he hasn’t played for a while. Hopefully as the season goes on he can play a role for us in the Premier Division.”

Russell had played pre-season friendlies for both Harps and Derry City and has now signed on at Finn Park.