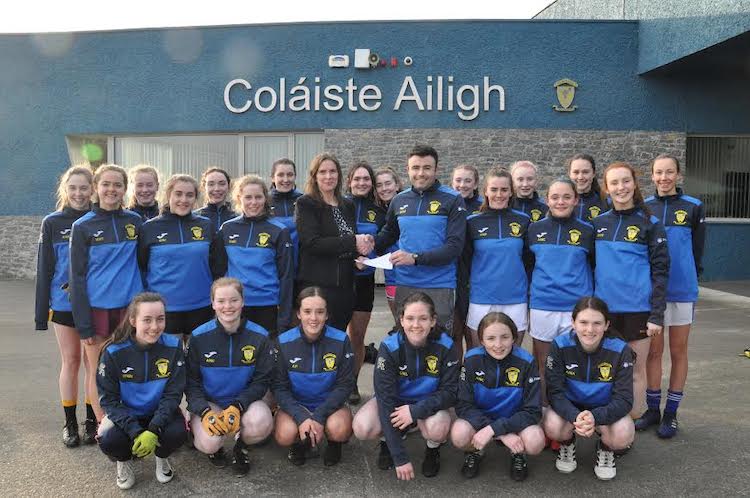 A place in the All-Ireland final is the prize on offer for the teams when they clash at Tuam Stadium (throw-in 1pm).

Coláiste Ailigh won the Ulster final when they defeated Thornhill College 6-8 to 2-7 in Strabane.

The star of the show that day was Shannon Ní Chuinneagáin, who scored 2-4, while Laoise Ní Riain bagged two goals and the other goals arrived courtesy of Aoife Ní Chearáin and Áine Ní Fhlannagáin.

Coláiste Ailigh were 2-4 to 0-3 ahead at half-time and pressed on to win.

The picture shows Fidelma McCarron from Pramerica presenting team manager, Blaine Ó Maolagáin with sponsorship towards the cost of new training tops for the team.