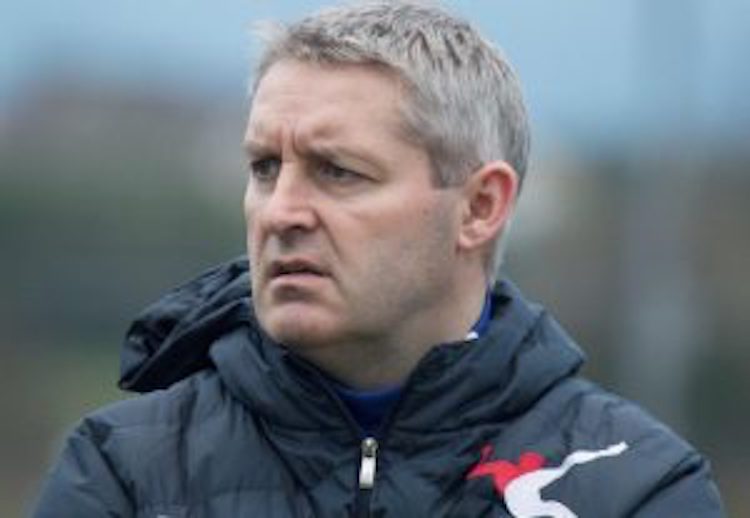 It is 20 years now since a Finn Harps Reserves side won the Ulster Senior League.

Harps captured their first – and to date only – USL crown in the aftermath of the 1999 FAI Cup final marathon against Bray Wanderers.

Austin Friel made a name at Omagh Town and had a later spell at Harps. The likes of Ronan Coyle, Paul Nash, Patrick Patton and Terence Shiels carved out excellent careers at intermediate level.

Joe Boyle – a coach to manager Declan McIntyre in 1999 and now the Harps Reserves manager – believes the importance of the USL team to Harps has never been higher.

“With the volume of teams we have now at the club from Under-13s all the way up, people might think that we shouldn’t bother with the Ulster Senior League,” says Boyle, also the Finn Harps Under-19 manager.

“It’s actually more important for us now than it ever was. The Ulster Senior League now is key.

“If we have fellas in from, say, 12 years of age, you could have maybe eight seasons of work, so you have to keep him there if he’s not quite ready for a step into the first team.

“Every fella won’t make it through, but the Ulster Senior League helps keep them at the club beyond under-19s.”

Last Friday night, Niall McGinley made an impact as a substitute in Harps’ 1-1 Premier Division draw with Dundalk. McGinley cut his teeth in the USL, as did Liam Walsh, a sub against the Lilywhites, while goalkeeper Jamie Bell, an unused sub in the opening Premier game against Bohemians, was torn from the same cloth.

Ryan Finn, Daragh Ellison and Michael McGinley are others who have squad numbers with the senior team this season.

Harps have had good success at underage level lately and the winning of a League and Cup double at Under-17 level last season will go down as one of the big highlights in the history of the entire club. The significance of winning a League of Ireland double was lost on many, unfortunately – but not on Boyle.

“The experience has been huge,” Boyle, whose team drew 1-1 with Derry City Reserves on Tuesday night, says.

Harps have looked more at home in the USL again this season and have given the top sides a big run for their money.

He says: “When you play in the Ulster Senior League, you come up against so many ex-League of Ireland players, or players who have top experience at intermediate level.  We played a couple of weeks ago against Bonagee, who had Michael Funston – a Harps legend – in their team.

“They’re men, they’re physically stronger and you have to play quicker, play sharper against them. If you make a mistake, you’re punished. “

Harps came back into the USL ranks in September 2016 after a 20-month absence.

It is plain that Boyle and his colleagues in the underage coaching ranks see – as Derry City have done – the benefits.

He says:  “We’re sharper, more competitive and we’re definitely at a higher level.

“You want to see a strong, competitive Ulster Senior League. It’s invaluable for us, but it’s also invaluable for football in the area and they should do everything in their power to keep the League going.

“Look what it did for us in 1999 and the players who came out of it. Those boys learned how to play, how to compete and how to win.”

And they didn’t turn out too badly at all.