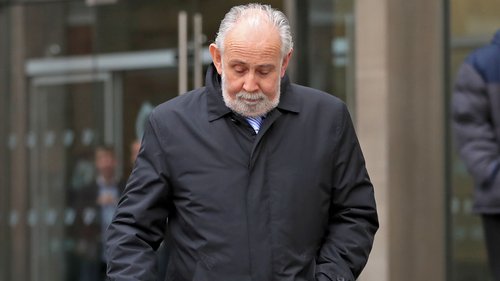 The High Court in Dublin has ruled that Creeslough man John Downey can be extradited to Northern Ireland to face charges over the murder of two soldiers more than 45 years ago.

The 67-year-old, whose trial for the IRA’s Hyde Park bombing collapsed in controversy five years ago, is wanted by prosecutors in the North over the 1972 murder of two Ulster Defence Regiment soldiers.

RTE reported that today the High Court ordered his extradition to Northern Ireland.

Mr Downey was detained in the Republic of Ireland last October under a European arrest warrant.

The two soldiers died when an IRA bomb exploded in a car they were checking on Irvinestown Road, Cherrymount, on 25 August 1972.

In 2013, Mr Downey was charged with murdering four Royal Household Cavalrymen in a bomb in London’s Hyde Park in 1982.

He stood trial at the Old Bailey, but the case dramatically collapsed after it was revealed he had received a written assurance from former British prime minister Tony Blair’s government that he was not actively wanted by the authorities.

The letter was issued under the terms of the controversial On The Runs (OTRs) scheme. Mr Downey has always denied any involvement in the Hyde Park attack.

During an extradition hearing on the matter last month, Mr Downey’s barrister Garnet Orange SC made an appeal to Ms Justice Aileen Donnelly not to proceed with the hearing until after 29 March when Brexit matters have been clarified.

Remy Farrell, the barrister for the State, said however that Mr Downey’s counsel did not identify how his client would be impinged by Brexit.