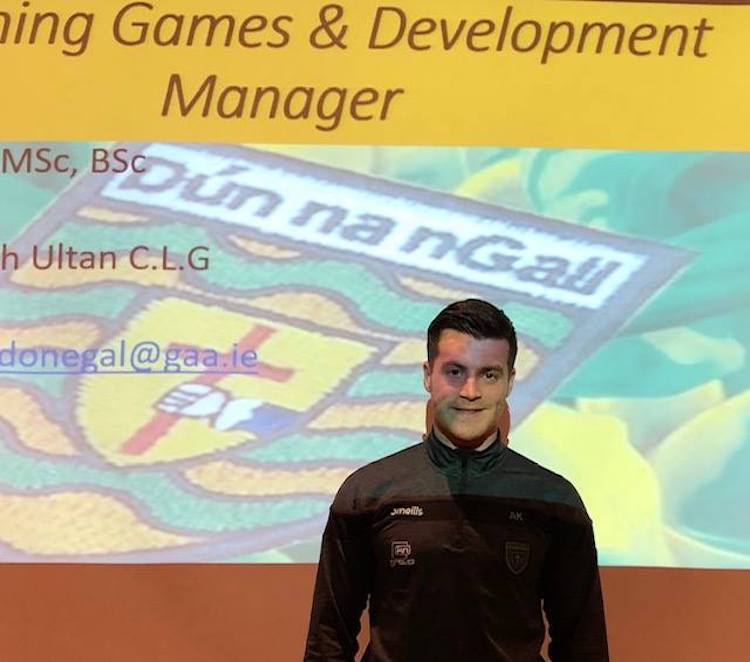 Kyles is a member of Declan Bonner’s Donegal senior backroom team and takes over in the role from Mick Murphy.

“Interest in the post, which since its creation has been held with distinction by Mick Murphy, was keen and Aaron came through an extensive interview process that concluded at the end of February,” Donegal GAA said in a statement.

“Aaron holds an MSc in Sport Performance and is currently a member of the backroom team with Declan Bonner’s Donegal squad.”

Kyles’ coaching career began in Kerry where he was studying a BSc in Health and Leisure with Physical Education Studies at the Institute Technology Tralee.

While in Kerry, Aaron coached a number of different club sides and also coached the ITT’s Sigerson Cup team. He gained further coaching experience with clubs in both Cork and Clare before heading to the US to broaden his expertise.

Aaron’s next stop was Dallas, Texas where he worked for Athlete Training & Health a company specialising in sport performance coaching with high school, collegiate and professional athletes.

In this posting he branched into training and performance management across a wide variety of sports including American Football, Baseball and Soccer.

On his return to Ireland, Aaron began actively coaching in Gaelic games again, working with the Kilcar senior football team in 2016 while simultaneously completing a Masters in Sport Performance at the University of Limerick.

In 2018, he joined the Sligo senior football squad taking on the role of strength and conditioning coach before joining Declan Bonner’s backroom team with his native county for the 2019 season.

Having taken up the role of Donegal Coaching and Games Development Manager this month, Aaron received a warm welcome from county delegates when introduced to the clubs at Monday night’s County Committee meeting in Ballybofey.

Donegal GAA said: “He has the makings of an excellent appointment and the future of coaching and games development in the county is in very good hands.”