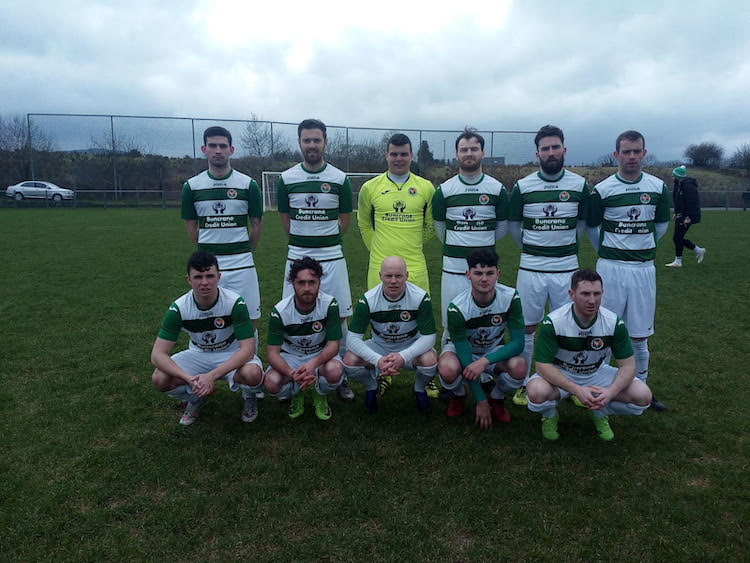 Evans netted for Longford in the sixth minute and it proved the difference at the City Calling Stadium.

Evans drilled past Gavin Cullen, the Cockhill player-manager, for what proved the only goal of the game.

An offside flag cut short Jamie Doyle’s celebrations when he found the net soon after.

Jimmy Bradley saw a chance blocked down by Mick McDonnell while Cullen had to save smartly from Peter Hopkins early in the second half.

Cockhill tried to come into the game but Malachy McDermott was off target from distance.

Cockhill’s Lee McColgan forced Jack Menton into action, but the Longford ‘keeper was equal to his attempt while Cullen kept Cockhill in it with a tidy same from Dean Byrne.

Cockhill couldn’t force a breakthrough of their own and, once again, it’s a narrow loss in the EA Sports Cup for the Inishowen side.