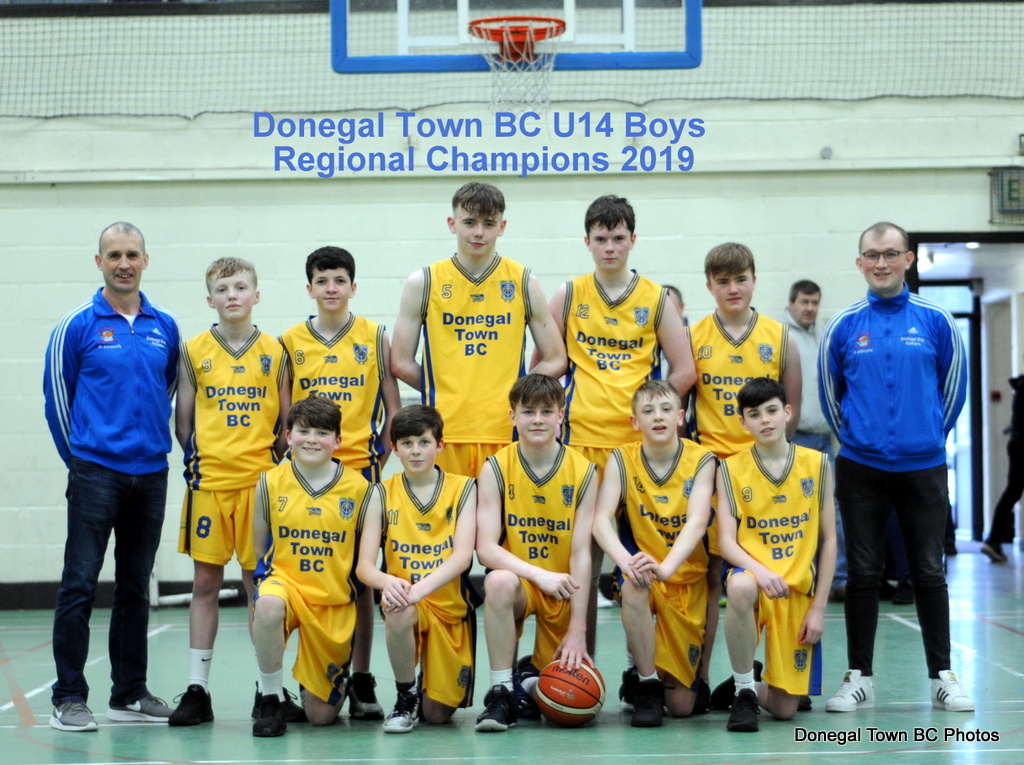 The Connaught side went through the league unbeaten having beaten Donegal Town by seven points in the first league meeting back at the start of the season.

DTBC went through the league knowing any defeat would scupper their chances of going through to the AICC automatically but they put a great run together winning all their games and that in turn gave them a chance of overtaking the leaders All-Stars if they could win by eight points on Sunday.

Leo McGowan got the home challenge up and running with the first score followed by a free throw while the All-Stars can thank Dillon Walsh 7pts for their good start.

But DTBC would edge in front as Daniel Quinn 4pts along with a couple of nice buckets from Daniel Coughlin 4pts a crucial jump shot from Seamus Og Caldwell at the quarter end gave the home side a 13-9 first quarter lead.

The second quarter was the winning of the game as DTBC came out strong and determined.

Niall Prendiville hit 10 points with great drives to the basket along with some nice outside shooting but there was great contributions from Jake Graham (3pts), Jonathan O’Driscoll (3pts), Conor Gallagher (3pts), and Shay Brye (2pts).

All-Stars had no answer to the DTBC press as the work rate of O Driscoll, Byrne, Gallagher and the complete domination of the boards by Jake Graham and Daniel Quinn gave up great chances for the excellent Prendiville especially to finish.

The third quarter saw All-Stars come out fighting and put in their best quarter.

DTBC seemed to lose their rhythm and went for too many one pass offences despite being in front while Walsh 9pts was proving hard to stop as he drove for some lovely baskets.

Prendiville 4 pts and Oisin Mogan and Daniel Quinn both had nice scores but it was All-Stars who won their only quarter 11-8.

DTBC had a nice lead and just had to manage the game to see it out. Coach Kennedy had the luxury of swapping his bigs in and out and a fresh Quinn 6pts had a great final quarter netting vital scores to ease the pressure with the assured Leo Mcgowan also finding the basket while Prendiville’s 6pts eased the home side into the AICC courtesy of this win.

Coach John Kennedy and his assistant Oisin Gillespie can be happy with the improvement shown by their side playing great defence and passing the ball well in the offense.

Jonathan O Driscoll, Daniel Coughlin, Oisin Mogan, Seamus Og Caldwell, Conor Gallagher and  Shay Byrnes massive improvement over the season is there for all to see and great credit to the coaches and the effort the players have put in means a regional title for this group.

They now look forward to heading away to represent the Region and no doubt they will be training hard for that.

A very impressive win had all the lads contribute and they defended hard but All-Stars just couldn’t get passed big Jake Graham MVP whose protection of the rim and outstanding rebounds gave the home side the impetus to go and win the game and if he adds to his offensive game he can be a real star.

Niall Prendiville 20 points was also fantastic with some fine finishes when it was needed most but Graham just pips him for MVP with an excellent game.