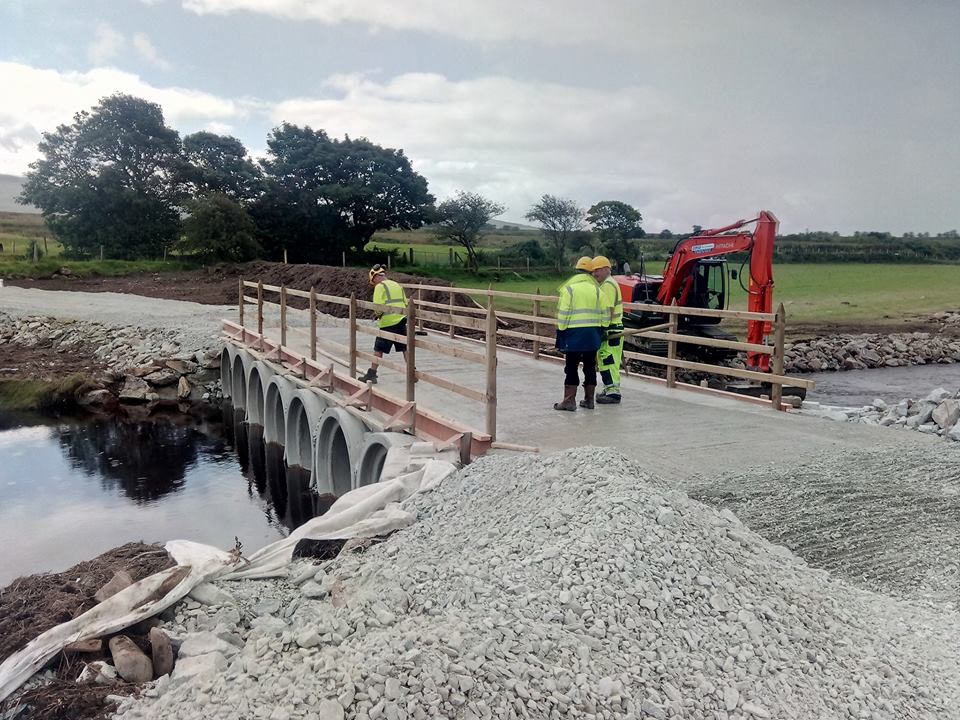 Further calls have been made for the construction of the Illies Bridge in Inishowen to begin without additional delays.

The urgent call comes after more flooding left its mark on the temporary bridge in the Illies this week.

The current structure was erected after the devastating floods of August 2017.

“When Donegal County Council installed the current bridge in the aftermath of the 2017 floods, it was a welcome response,” Murray said.

“Particularly by local people who could not access their homes.

“It is important to note though, that it was only ever intended to be a temporary structure as it floods and is closed during times of high waters – as evidenced this week,” he added.

“A permanent bridge, which would not close during floods, has been designed and is going through the necessary process prior to construction.

“I have spoken to the local roads engineer on this issue and will raise it again at our Municipal District meeting on Tuesday.

“The flooding of the bridge this week clearly demonstrates the urgent need for the permanent bridge to be constructed and I will work within the council to have that happen as soon as possible.”