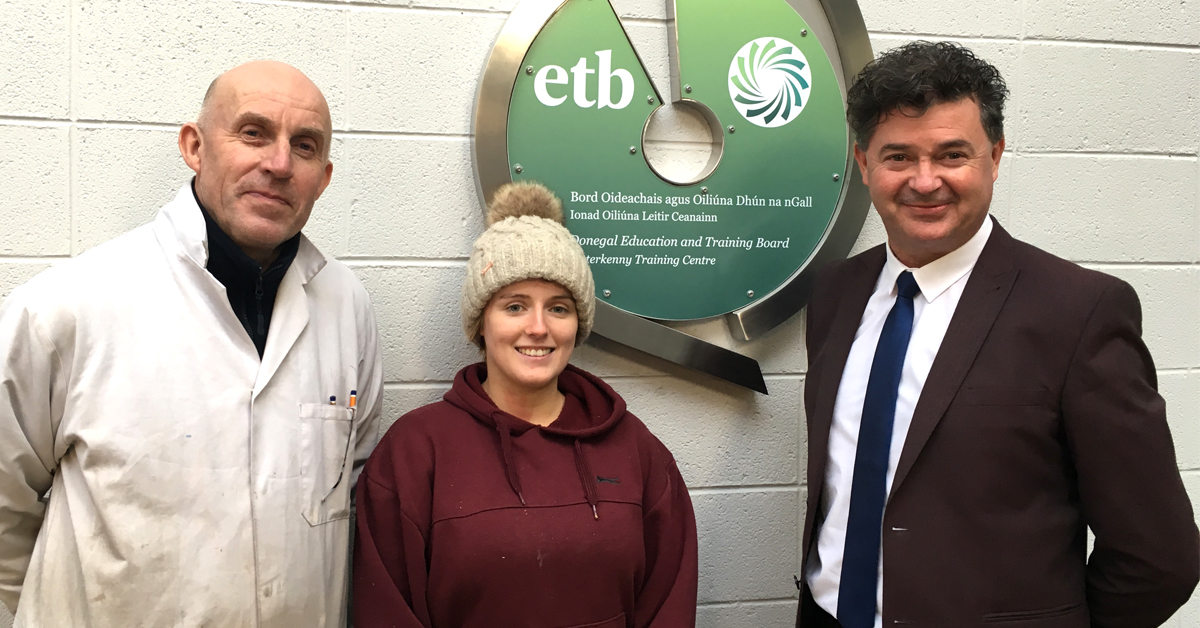 Today is International Women’s Day 2019 – a global day of female recognition with a focus on balance and gender parity.

Women have come a long way in their pursuit of equality, yet they are still vastly underrepresented in many industries. Things are changing, and Emma Balfe is one such woman who has successfully proven that no career path should be determined by gender.

Emma is a Carpentry and Joinery Apprentice with Donegal ETB. Apprenticeships are an exciting way for people to gain skills through on-the-job training and a proven way for employers to develop talent.

Learners are required to find their employers before they apply, which was a struggle for Emma as a woman entering the male-dominated sector.

The young Louth woman found it hard to get a company to give her a chance at first, but now she is a wonderful example of perseverance, highlighting how following your dreams can pay off.

Emma always loved woodwork and drawing and was encouraged to look for an apprenticeship. But she put that dream on the long finger as she tried out animal care and retail before returning to school to get better Leaving Cert results.

In September 2016 Emma started a civil engineering course but dropped out after the first year because college wasn’t for her; “I felt like I wasn’t learning enough as I prefer more hands on learning.” At this point, she realised she really wanted to pursue a carpentry and joinery apprenticeship. 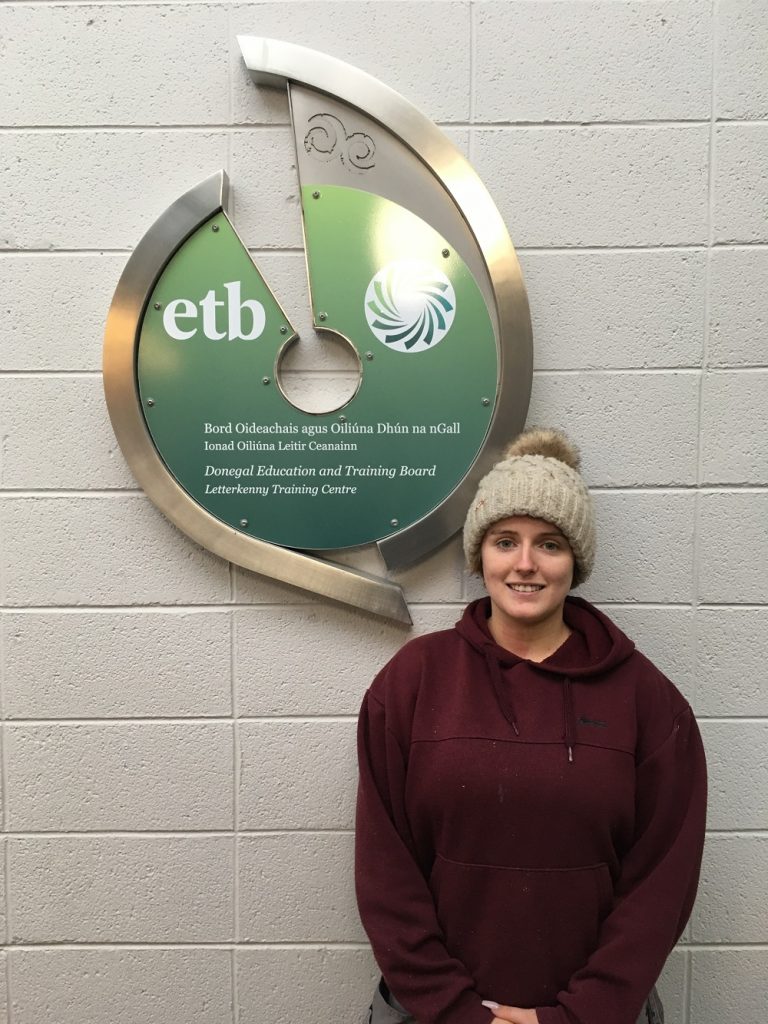 Finding an employer to take on a female apprentice was the difficult part. Throughout her nine month search, Emma found that women were not being taken seriously in the sector.

She said: “It was really hard for me to find someone willing to take me on and give me a chance. I rang multiple employers that I had seen and heard were looking for an apprentice but once they heard my [female] voice I was shouted down and told they weren’t looking for an apprentice. After a few calls I started to wonder should I keep looking at all. But my family and friends pushed me on.”

Then Emma’s Dad spoke to a friend with contacts in McDuff Construction in Carrickmacross who were willing to meet with her. They agreed to take her on the next week for a trial and by Wednesday of that week they offered her an apprenticeship which she started in January 2018.

Everything worked out perfectly from there. 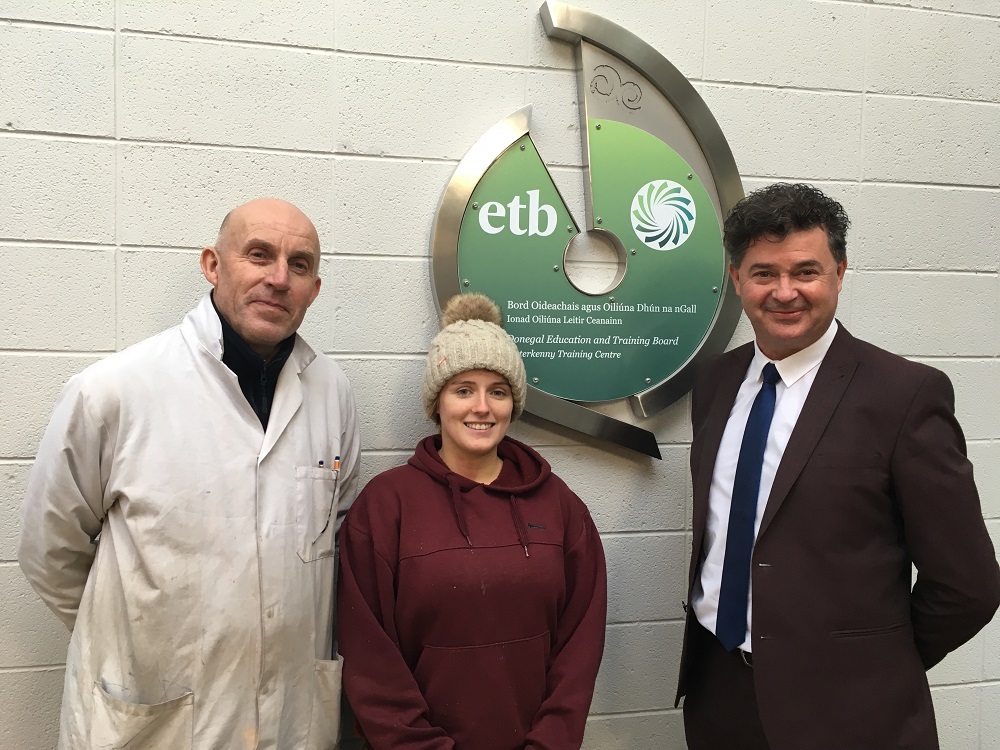 Donegal ETB actively encourages women to think about working in and apply for training in non-traditional fields. To encourage specific sectors to employ female apprentices, a special female apprentice bursary may be paid to qualifying companies wishing to train apprentices in specific occupations.

The first step for anyone wishing to do a craft apprenticeship is to find an approved employer willing to employ him/her as an apprentice.  The employer then registers the apprentice by contacting the Apprenticeship Section of Donegal ETB. Craft apprenticeships are a seven phase programme with phases 1, 3, 5 and 7 spent on the job with their employer and phases 2, 4 and 6 in a training/educational environment (ETBs and ITs nationwide).

Donegal ETB’s Senior Apprenticeship Training Advisor, Lorraine Murray, explains that: “An apprenticeship commences when an employer registers their apprentice with SOLAS by contacting Donegal ETB.  In recent years apprenticeship has expanded to include many occupations outside of the traditional trade related areas and these 2016+ apprenticeships vary in duration from 2-4 years with qualifications available from Levels 5-9 on the National Framework of Qualifications.”

“We would encourage people to see the full list of available apprenticeship training in Ireland on www.apprenticeship.ie and then to contact our Senior Training Advisors who will be happy to answer all questions and explain in more detail the options available in relation to apprenticeships.”

If you are interested in pursuing an apprenticeship or are an employer wishing to find out more about the female apprentice bursary, simply contact Donegal ETB’s Senior Training Advisors Lorraine Murray on 074 9120506 (email lorrainemurray@donegaletb.ie) or Tom Egan on 074 9120561 (email tomegan@donegaletb.ie).