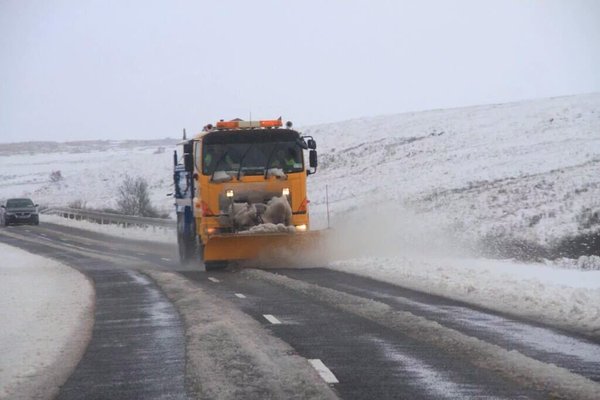 Sleet and snow on the way this weekend

Don’t break out the spring gear just yet as Met Éireann has issued a warning about potential snow this weekend.

The county is reportedly set to be hit by temperatures as low as 0C with snow, rain, and hail in the coming days.

Friday night will see wintry showers up north with lowest temperatures of 1C to 5C, “coldest in Ulster with moderate to fresh westerly winds which will be strong near northern coasts”.

Saturday will be mostly cloudy with showers moving eastwards.

Wintry showers are expected over Ulster but some bright and sunny spells are forecasted too.

A Met Éireann forecaster said: “Highest temperatures of 5C in the north to 11C in the south with fresh to strong, gusty westerly winds, strongest in the west and north.

“Saturday night will be cold and breezy with wintry showers, mainly of rain, hail and sleet, but turning increasingly to snow overnight, especially in Ulster and on high ground.”

Sleet and snow on the way this weekend was last modified: March 11th, 2019 by Staff Writer