He was a father, a husband, a neighbour, a friend and a fishermen.

But everyone will remember the late Andy McGranaghan as a person of warmth who always had a smile and a salute.

The well-known and much-loved Letterkenny man, who was originally from the Back Road, passed away last night after a short illness.

Anybody who used the facilities at the Aura Leisure Centre will remember Andy with fond memories as he used the centre daily in his retirement.

If he wasn’t in the Aura, Andy could be seen walking at Conwal where he would regularly cross fields to fish in the River Swilly. 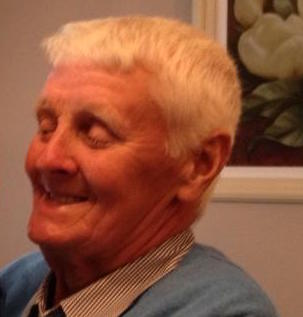 Having worked for many years in England, Andy returned to Letterkenny where he was a popular figure with all.

He is survived by his wife Kathleen, sons Andy Jnr, Ben and daughters Collette, Connie and Orla as well as grandchildren and extended family and friends.

His remains are reposing at his family home at Convent Road and his funeral mass will take place at St Eunan’s Cathedral at 10am on Monday next.

The staff of Donegal Daily wish to express their heartfelt sympathy to Andy’s family at this sad time.