Donegal Under-16 ace Caolan McClintock is our first Donegal Daily/Donegal Sport Hub Sports Person of the Week in association with O’Reilly’s for 2019.

Donegal’s Under-16s began their Buncrana Cup sojourn in style with an 8-13 to 0-3 win over Fermanagh in Ballyshannon last Saturday.

McClintock was on fire for Luke Barrett’s Donegal. The Red Hughs man helped himself to three goals and four points in the rout.

McClintock took 394 votes, some 37 per cent of the 1,063 cast in this week’s poll, to stave off the threat of Letterkenny’s Mark English, the 2019 European Indoor 800m bronze medallist. 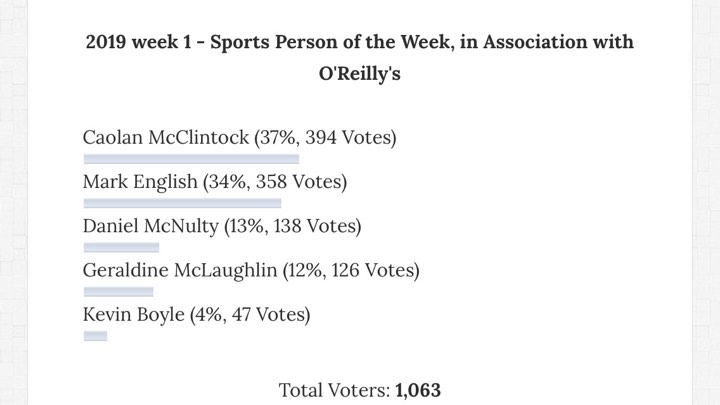