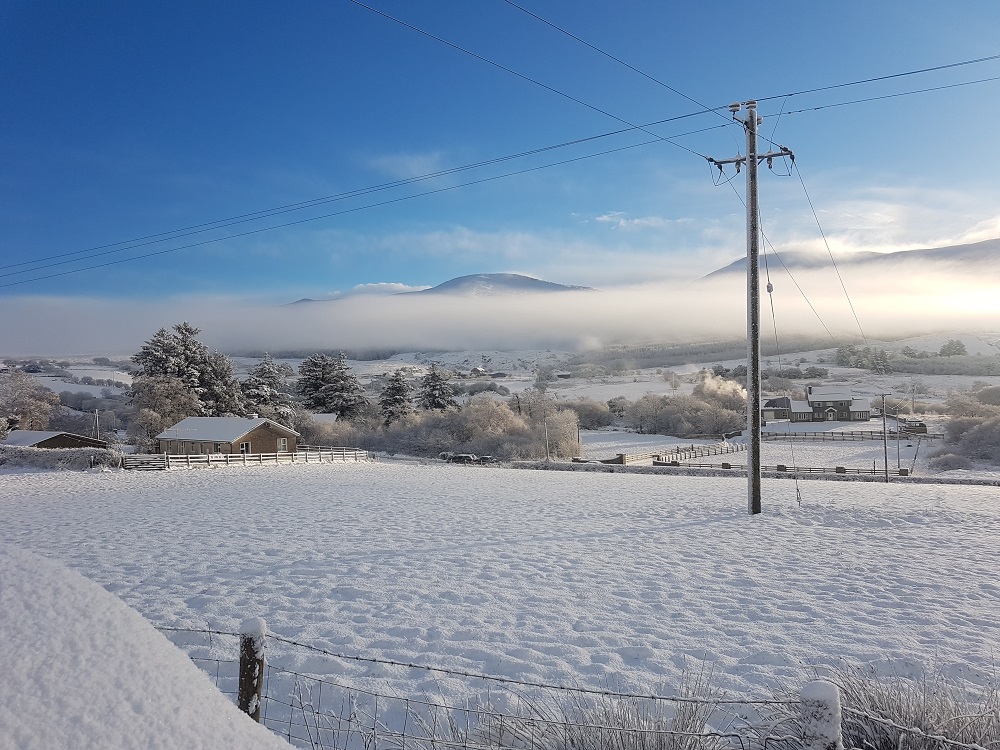 Met Eireann’s Status Yellow snow-ice weather warning will remain in place for all of Donegal until early on Monday morning.

The north-west of the country will also be battered by gusts of up to 110km/h as a Yellow wind warning is active for eight counties until midnight tonight.

Donegal is expected to be hit by gusts of up to 110km/h throughout the day today.

The alert began at 11pm on Saturday night and will stay in place until 6am on Monday morning.

Motorists in the county have been urged to drive with care following sleet and snow periods across Donegal last night – with rural areas suspected to be hit the worst.

The alert reads: “West to north-west winds will reach mean speeds of 50 to 65km/h and gusts of 90 to 110kmh, strongest in coastal areas.”