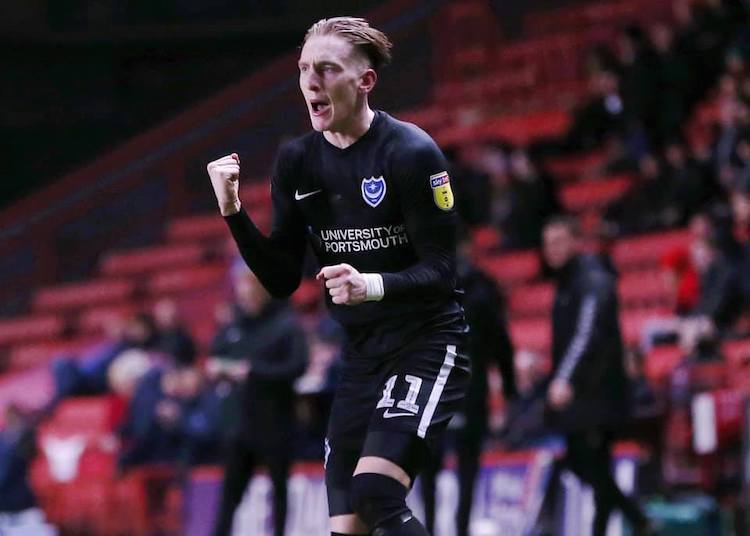 McCarthy believes ‘elusive’ Curtis could be key for Ireland

Republic of Ireland manager Mick McCarthy believes that Ronan Curtis’s goals could be a big asset in their Euro 2020 qualifiers.

Later this month, Ireland face Gibraltar and Georgia in qualifiers with Curtis named by new boss McCarthy in a provisional squad at the end of last week.

McCarthy was at The Valley on Saturday evening to see Curtis net for the 11th time this season for Portsmouth.

While Pompey lost 2-1, McCarthy noted that the St Johnston man – first called up by his predecessor Martin O’Neill in the autumn – netted another ‘special’ goal.

“His latest goal, on Saturday, was definitely in that category,” McCarthy said.

“It was a real bullet header and one that the goalkeeper was never going to stop. He’s naturally a wide player, as we have seen on the many occasions we have watched him this season, but Ronan is a real goal threat as well.”

Since moving to Portsmouth from Derry City last summer, Curtis has been in flying form and McCarthy has indicated that he is impressed by the 22-year-old.

McCarthy said: “He’s a right-footer playing on the left and he is always looking to cut in from the wing behind the full-back and get into scoring positions inside the six-yard box.

“It is very difficult for defenders to cope with an elusive player who drifts in like that. It’s why Ronan gets so many goals and I really like that in a wide player.”