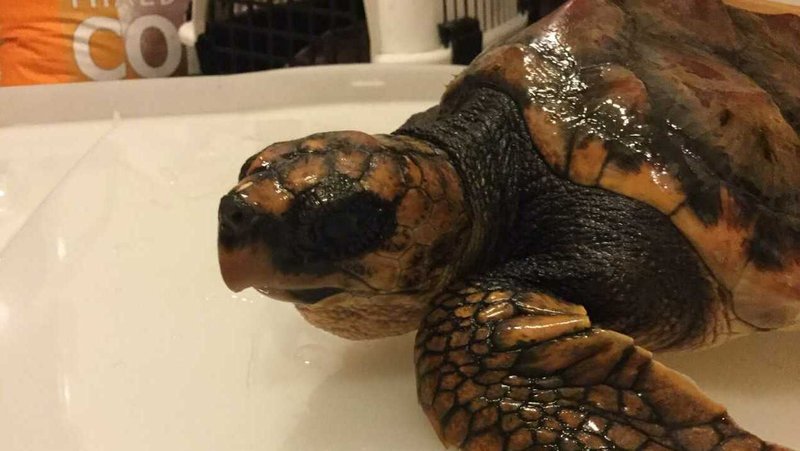 A rare turtle found washed up on a Donegal beach is to go on display at the Exploris Aquarium in Portaferry in Co Down.

The turtle, named JC by the Johnstone family who took it to their home, arrived at the centre two months ago.

Since then the loggerhead sea turtle has been receiving round-the-clock care and is continuing to improve every day.

When fully recovered it will be released back into its natural environment.

Peter Williams, curator at Exploris in Portaferry, has being working closely with JC since its arrival.

He told independent.ie :”On January 14 the loggerhead turtle arrived at Exploris Aquarium in a critical condition from a beach near Rosbeg, Co Donegal.

“Since then we have been working tirelessly to slowly raise the turtle’s temperature by a couple of degrees every day.

“We also decided, under the watchful eye of our veterinary team, to administer a course of antibiotics as an increase in temperature heightened the risk of a secondary infection setting in.”

JC is making slow but great progress and has been moved to a larger space where it will have more room.

The public will be able to get a glimpse of the species – which is classified as vulnerable – this weekend.