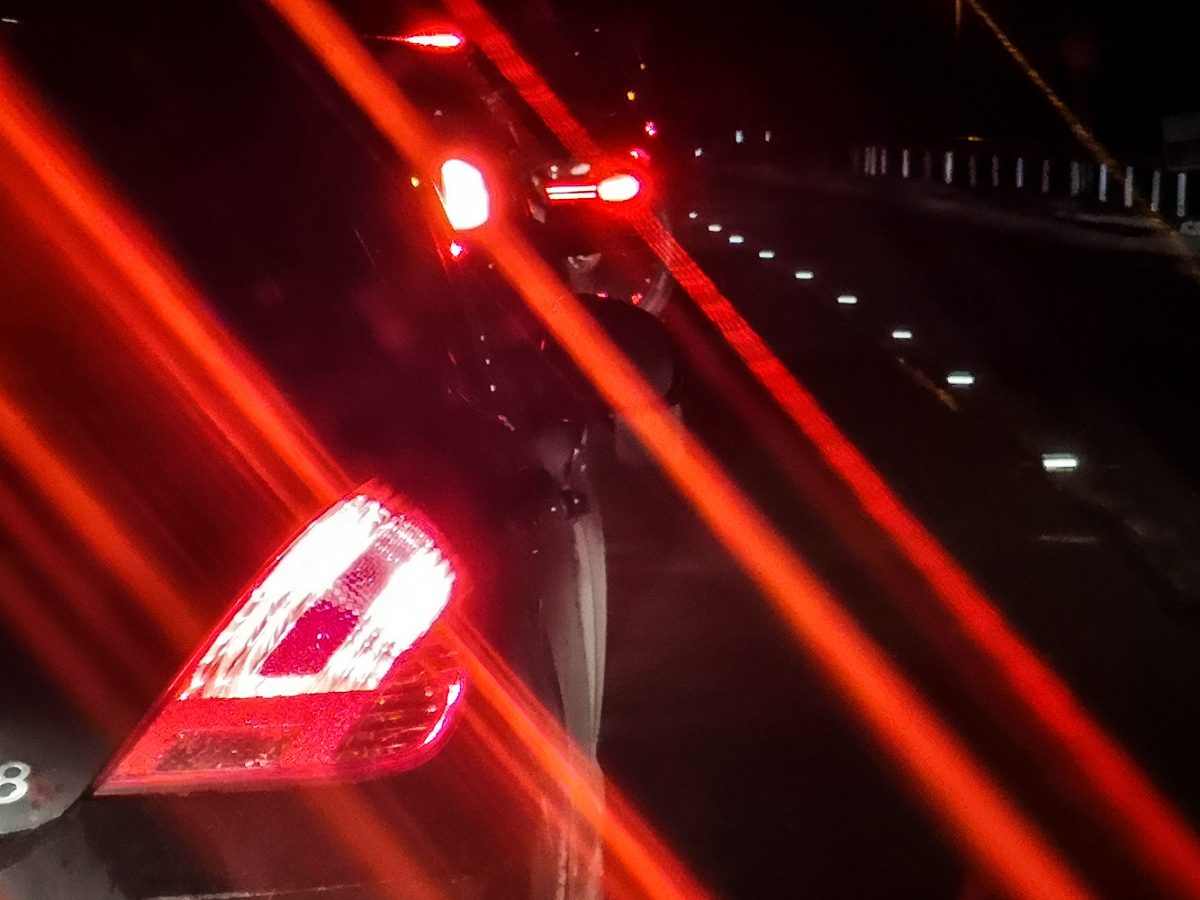 One of the disadvantages of living in one of the coolest places on the planet, our own Co. Donegal is that everyone wants to make it their ‘go to’ destination.

This holiday weekend, weather permitting the roads in the county will be jammed with a mixture of people in cars with one thing on their mind, to spend a few quality days away from the hustle and bustle of everyday life over St Patrick’s weekend.

For the majority of motorists, they will plan their journey, no matter how short or long and will include the consideration of delays going through towns that will have their own celebrations for the St Patrick’s weekend.

Then there will be those that won’t and will spend their weekend heading where they want to go at the last minute and will harass other motorists on the road.

Traffic james and delays all contribute to angry drivers on the road. Photo Brian McDaid.

It’s not hard to spot the motorist that has no respect for other drivers on the road.

They are the ones who really believe that “their journey” and their time spent on the roads is all that counts.

It’s very hard to walk away from an encounter with one of these types of drivers, especially when you and everyone else is trying to obey detours traffic lights on a busy weekend.

How many times in Donegal witnessed a motorist passing a line of traffic and ending up running out of road only to shoe-horning themselves into a space that does not exist.

So now, if you are anything like me you are not a bit happy with these motorists driving who has put both your life and theirs in danger by nearly causing an accident forcing themselves into the smallest of spaces in front of you.

Now you are very focused on the offending motorist, but they are already looking at their next move and are already harassing the driver in front of them weaving in and out, to get them to react.

You now mean nothing to them now and even they way they are ignoring an angry wave, the blowing of a horn or the flashing of your lights is having no effect and is just running off them like water off a ducks back.

Avoid the red mist on the road this bank holiday weekend and be prepared for the actions of other road users. Photo Brian McDaid

And just with that they are away again they have spotted their next target or space, and here you are thinking “Jeez am I going to let them away with this?”

So, in the heat of the moment you give chase and now you are worse than the car you are chasing because in the eyes of all the other road users both of you have no respect or consideration for anyone.

In one split moment of madness, you have turned from a normal motorist in a line of traffic moving at normal speed, to a “hot head” because you feel the victim of someone’s reckless driving.

The fact that your passengers are trying to calm you down is even added to the injustice you feel has been served to you by this driver.

You the victim are probably more out of control of your car now than the motorist that frustrated you in the first place.

They are by now long gone down the road.

You have two choices at this point, the first and the one that might help you to settle down a bit is to pull over to the side of the road and report the incident, chances are someone else may have reported the same driver which will give the authorities a chance to build a picture of this person’s dangerous driving style.

The second choice is not to report it but reflect on what you are reporting and you may well find that your reactions to this driver may make you as much to blame for escalating the problem.

Stop on red the best advice when confronted by another road used. Photo Brian McDaid.

Over this first holiday weekend of the year the standard message from the road safety groups and Garda will be posted printed and televised along with these add into your observations while driving on the roads in Donegal ways of avoiding a typical confrontation like this above which happens a lot of drivers on the roads on busy bank holiday weekends.

Most of these come to nothing, only a bit of expressed anger, but some escalate with drivers taking the law into their own hands and end up having a mobile argument at the speed which never will end up well.

Have a safe motoring weekend