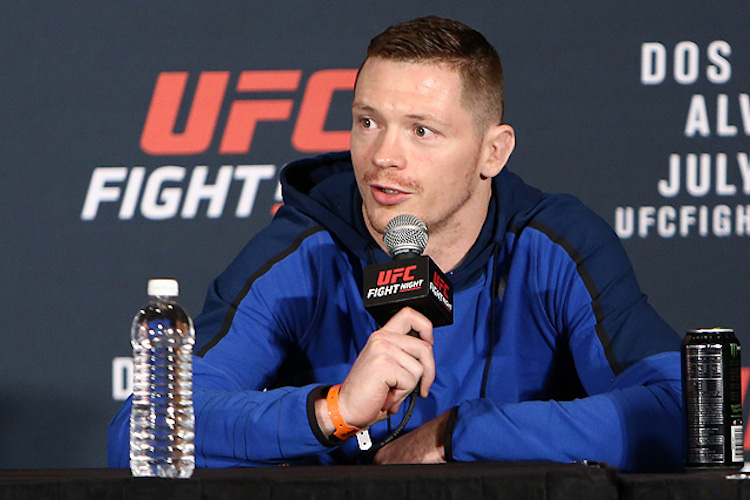 Joseph Duffy steps into the octagon for the first time in 16 months this weekend – and views things through new lenses now.

Duffy is just itching to get his career back on track again.

“It’s something I’ve said, when I signed my new contract I wanted to be active,” Duffy explained.

“When I went back to training after the [James] Vick fight, my shoulder was just that bad and it was time I needed to get surgery done.

“Then just when I thought I was just about to get going, I could finish the year with at least one fight and then roll into this year with a little bit of momentum but then obviously the rib injury happened.

“It makes you appreciate how much you enjoy being in there and absorbing it all in. That’s one thing I want to do going into this fight is I want to enjoy every second of it.”

Duffy’s last win was two years ago this weekend – against Reza Madadi in London.

Diakiese has lost his last three contests, but Duffy knows he has to be wary as he faces the ‘Bonecrusher’.

“Obviously, I’m coming off a loss as well, so it’s not like I can say too much,” he said.

“It is an exciting matchup. He’s always in exciting fights. He’s a dangerous, explosive fighter, and I feel like our styles make for a good clash.

“He fought on the London card the last time I was on.

“He had a big knockout. Obviously, it’s a huge fight.  It’s going to be a good battle for sure.”

Congo-born Diakese is under pressure for a win and looking to end a three-bout losing streak.

Duffy, though, is concentrating only on himself.

He said: “If you start getting drawn in too much to what they’re doing, you’re losing track of what you have control of. I only have control of what I do. Prepare for it, and on the night, I suppose make it up as I go along.”