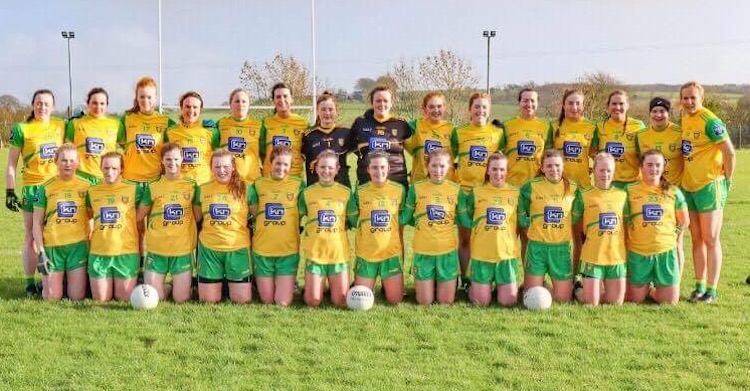 A winter of uncertainty was surely accompanied by worry for Donegal ladies manager Maxi Curran as he pondered how a decimated squad would be pieced together for 2019.

Curran, in his first year back at the helm of Donegal’s ladies, guided the Tir Chonaill side to the retention of their Ulster title and led them to an All-Ireland senior semi-final – a first for Donegal.

They were beaten by Cork – their opponents this weekend – at Dr Hyde Park in that semi-final and the ‘what ifs’ lingered heavy in the Roscommon air.

“This is a bit of a golden generation in Donegal,” Curran said at the time. “A lot of them aren’t young girls any more. We even had to talk one or two around at the start of this year and we need everyone at the level.”

Yvonne Bonner, one of Donegal’s star forwards, is playing for the Greater Western Sydney Giants in the Women’s AFL – but will return for the Championship.

The road ahead was fraught with a concern that was natural given those absentees.

And yet, on the season’s opening night, Karen Guthrie inspired Donegal to a 1-11 to 1-7 win over the reigning All-Ireland and League champions, Dublin at Croke Park.

“We’re in there asking ourselves what’s just happened,” Guthrie said as she basked in the afterglow of a famous win.

“We just came up and wanted to be competitive. We knew it would be a huge challenge. We never got beyond our wildest dreams and thought we’d beat them. The girls were super. We couldn’t ask for any better.”

Donegal kicked on from that and head for Pairc Ui Rinn with a perfect four-from-four record.

“Starting the campaign with the transition we faced, we’d have been very happy to get that,” Curran observed recently.

“You don’t know where you’re at until you’re met fire-with-fire. We didn’t know where we stood, but this gives us a wee bit of confidence.”

Aisling Nee has been given her head in goal, while the likes of Niamh Carr – who played in the final with UCD recently – Tara Hegarty, Niamh Boyle and Megan Ryan stepping from the shadows.

Republic of Ireland senior international Amy Boyle-Carr is giving Gaelic football a run this year and has proved a very astute addition.

Curran, though, can still call upon the prodigious Geraldine McLaughlin – although the Termon ace will miss the remainder of the League campaign due to a hand injury – Nicole McLaughlin, Niamh Hegarty, Emer Gallagher, Katy Herron, Guthrie, Roisin Friel and 2018 All-Star Treasa Doherty.

“We didn’t know what to expect with the new ones coming in,” Geraldine McLaughlin admitted after the recent 3-11 to 3-9 win over Tipperary.

“Keeping up with them in training is keeping us on our toes. The youth and experience is working in games.”

Donegal are working like never before – and the voices of experience are keeping a lid on the excitement.

As Nicole McLaughlin – one of their unsung heroes – put it: “We’ll not get ahead of ourselves yet…we need to push on and keep going.”