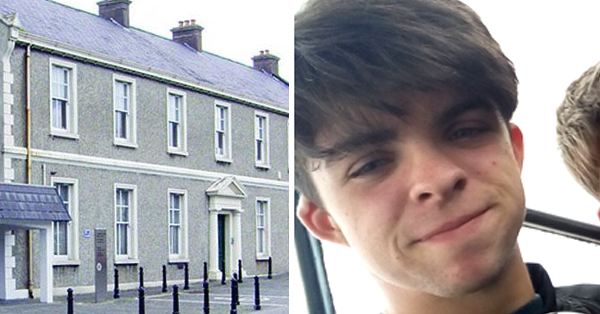 Donegal teen Conal O’Boyle is launching a protest in Lifford this morning in a call for action on climate change.

The 16-year-old secondary school student will bring local children and young people to the County Council Offices at 11am for a ‘Donegal School Climate Strike’ demonstration.

The young activists are seeking to highlight the frustration and discontent of school children at the Government’s handling of climate action in Ireland.

Speaking to Donegal Daily ahead of today’s protest, Conal said: “We are hoping to send this message to Richard Bruton, Sean Canny and the Irish Government in a bid to bring around change.”

Conal said he and his peers are refusing to rest without seeing real policy change.

“We want the Green Party Waste Reduction Bill passed, the declaration of a climate emergency and a carbon neutral Ireland by 2030,” Conal said.

He added: “It has become clear to me that the only ‘climate action’ being taken by the Government of Ireland is a media spin, in which Minister for Communications, Climate Action and the Environment, Richard Bruton is trying to sell the fact that Ireland are becoming world leaders in climate action.

“The children of the forgotten county, of Ireland and the world have had enough, and on March 15th, we, the children of Donegal, are refusing to let this shameful damage go unnoticed.”