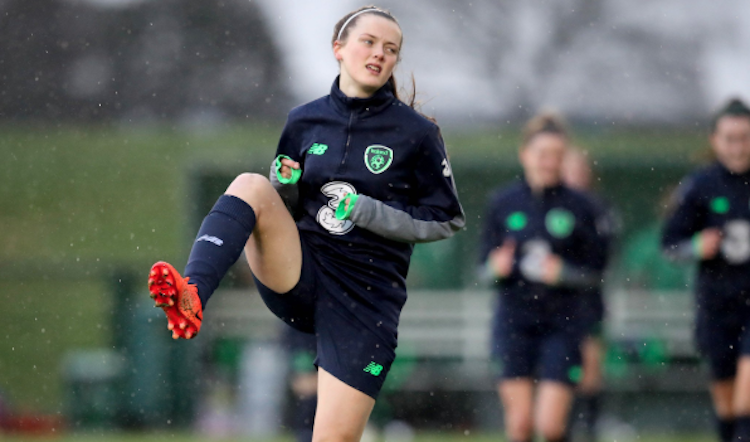 Tyler Toland is one of the nominees for the senior women’s international player of the year at tomorrow night’s ‘3’ FAI International Awards.

The 17-year-old St Johnston woman has emerged as one of the leading players on the Irish team since making a historic breakthrough to the senior ranks in 2017.

In spite of her tender years, Toland was a key part of Colin Bell’s Irish side in 2018.

Ireland’s hopes of qualifying for the World Cup were only ended with a 1-0 defeat to Norway in June.

Stylish midfielder Toland was central as Ireland chalked up several notable results and is now firmly established in Bell’s XI.

Toland recently returned from an injury to play three games, a 1-0 loss to Belgium, a 0-0 draw with Wales and a 1-0 win over the Welsh, in which she set up the match-winning goal, scored by Louise Quinn.

In November, Toland was also a nominee for the PFAI International Women’s Player of the Year award.

In 2017, Toland – who is the Head Girl at Deele College in Raphoe – became Ireland’s youngest senior international when she came on as a substitute against Northern Ireland in Lurgan.