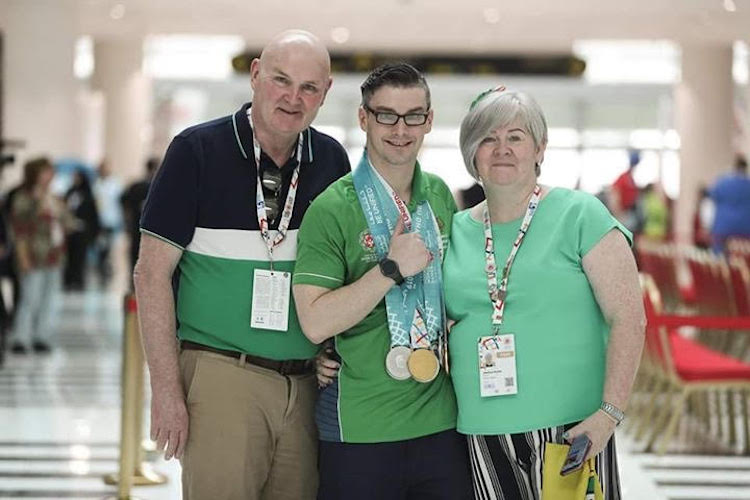 It’s a ‘Patrick’s Day’ to celebrate for a Letterkenny gymnast at the 2019 Special Olympics World Games.

Patrick Quinlivan from Long Lane, Letterkenny has won SEVEN medals at the Games in Abu Dhabi.

A member of the SALTO Special Olympics Club in Belfast, he won gold in the pommel horse and also took the men’s level 4 overall gold.

Quinlivan will return to Ireland five a handful of silver medals too, from his exploits in the floor, rings, parallel bars, vaulting and the horizontal bar.

Patrick Quinlivan shows off his medals!

There are 7,500 athletes from 190 countries competing across 24 sports in the Games, which are the biggest sporting and humanitarian event in the world this year.

Twenty years ago Quinlivan, who has a mild form of cerebral palsy, won four gold medals and two silvers at the 1999 Games in North Carolina. In 2015, Quinlivan took four bronze medals at the Games in Los Angeles.

Letterkenny gymnast Patrick Quinlivan is on top of the podium