Irish-American supergroup Cherish the Ladies are celebrating the beauty of Glenties in their new song and video filmed in Donegal.

The Grammy-nominated band, who have close connections to Donegal, are singing the praises of the region online and across the US through the song ‘Glenties’.

Written by Dublin singer/songwriter Maurice McGrath, the song is a nostalgic nod to the natural beauty and history of the village and the road from Fintown.

Cherish the Ladies visited Donegal to record the latest music video for Glenties, which is included on their new album, Heart of the Home featuring Co. Clare songstress Kate Purcell on lead vocals.

The all-female supergroup is currently touring America celebrating the musical culture and traditions of Ireland with tracks from Heart Of The Home.

Founded by Joanie Madden in New York City in 1985, the band have performed at venues all over the world for over three decades and have been invited guest artists at The White House and the Olympics. They have recorded a staggering 17 critically acclaimed albums. 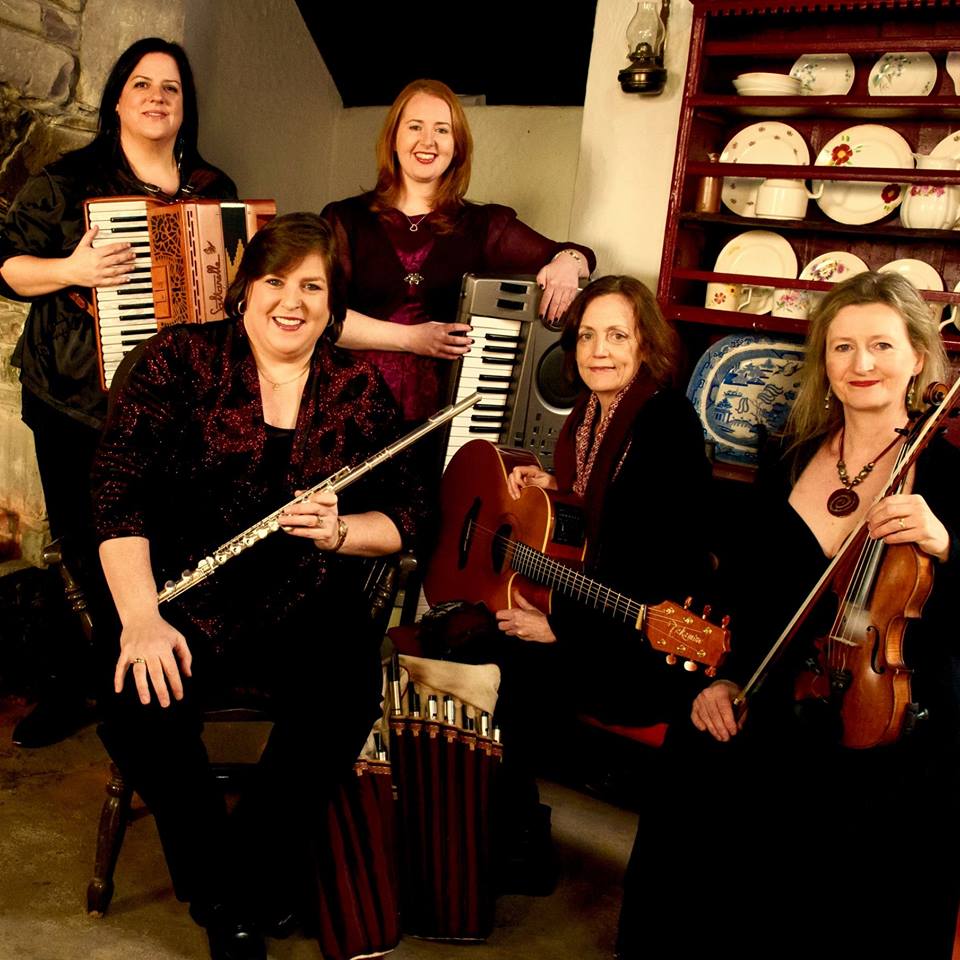 The band always maintains their close connection to home in Ireland too.

Pianist and harmony vocalist Kathleen Boyle spends a lot of time in Dungloe when not touring with the band. She was born in Glasgow and her parents moved back to the West in 2007.

Kathleen’s mum was Catherine Boyle, whose parents came from Annagry and Curransport. Her father is Hughie Boyle, originally from Cronashallog, Dungloe and a well-known musician in the area. Hughie’s father was the renowned fiddler Neillidh Boyle.

On the band’s local links, Kathleen said: “Joanie and the girls always loved Glenties from visiting Tommy Sands cottage in the mountains and thought the area was so picturesque and one of the nicest towns in Ireland they’ve ever driven through.

“I of course am totally biased and I just love North West Donegal and think there really is no place like it!

Kathleen added: “One of my favourite views is looking down the road to Glenties from the Lough at Fintown, I often pull my car in there and just look at the beauty of the mountains, the lough and surrounding scenery.

“That’s what this song is all about and he really captures that in the lyrics. So, we didn’t need too much persuasion to record this song and Kate Purcell does a beautiful job on it.”

As their reputation and admiration from both fans and critics alike continue to grow, Cherish The Ladies are looking forward to blazing forward into another decade of music making.