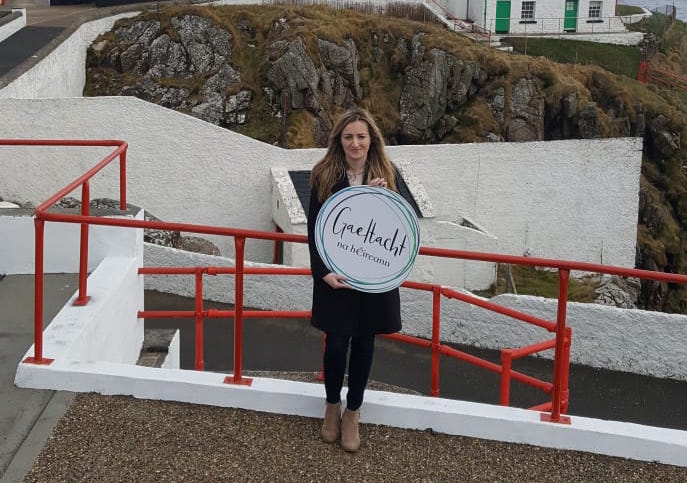 With just six weeks remaining to the close of nominations for the local elections, Fine Gael has set out their stall this week to have at least one female councillor in Lifford after the May local elections.

The possibility of a candidate based in Fanad has now emerged with confirmation that Eimer Friel, the personal assistant to Minister Joe McHugh has entered the race for a nomination in Milford.

The Tirconail Tribune reports today that a groundswell of grassroots support has been ongoing in the past ten day to have her name added to the FG ticket.

Since 2014, FG has been represented by six male Councillors in Lifford despite their original plans back then to give top priority to gender balance in their representation.

However their nominations for Letterkenny are of most interest: among names identified by party sources as potential candidates joining Jimmy Kavanagh include Bernie Moran along with another mystery guest on the night!

A party spokesman said they will hold a meeting in the Raddison Hotel on Monday night at eight o’clock to confirm final details of their candidates.

Meanwhile FF has completed its list for Letterkenny with Donegal Rally Champion Manus Kelly from Glenswilly added to the panel by the National Executive at the weekend.

Fianna Fail is to undertake a ‘Training Day’ for their female local election candidates with Mary O’Rourke as special guest on Sunday next in the Sheraton Hotel, Athlone at 1.00pm.

And if Donegal supporters thought the Longford Arms was a journey too far last Friday, God only knows how they well react to this news.

Ireland’s most legendary Cllr. Ian McGarvey has confirmed his intention to run and as he approaches his 90th birthday he will enter the annals of Irish history as the longest serving figure since the days of Finn MacCumhaill: the hunter-warrior of Irish mythology who built the Giant’s Causeway… £50 billion pounds under budget and a hundred years ahead of schedule.

Ian’s just returned from Rudelstadt in Germany where he led a Council delegation for the St. Patrick’s Day celebrations accompanied by Cllr. Jimmy Kavanagh of FG.

Cllr. Michael McBride has decided to run in Letterkenny and says it was the most difficult decision of his life with the Boundary Commission splitting his vote 50/50 between Letterkenny and his home area of Milford.

However the McBride decision to run in Letterkenny has added to the vacuum in the Milford area.

It is estimated that there are now at least 2,100 votes up for grabs and this puts pressure on all parties to win over these votes and Fianna Fail will be tempted to have a bash at securing a second seat in Milford.

In recent days it has emerged from Fine Gael sources that a number of females have been sounded out about running for the party across all electoral areas (bar North Inishowen), with mixed reactions reported.

Fine Gael sources say the most positive news for them is the emergence of Eimer Friel in Fanad as a candidate.

At the same time another candidate, Charlie McGinley from Gortnabrade has confirmed he will run on an Independent ticket.

For many it will not be any big surprise that FG’s Eimer Friel has emerged as a front runner for a nomination. However a final decision remains to be made by the national executive over the weekend.

It is known that Ms. Friel has drawn a groundswell of support and has been strongly backed by grassroots members right across the Milford Area where their convention has already selected Noel McBride.

It’s reported in FG circles that the party has been in consultation with at least four possible candidates in Letterkenny. However the only comment from a source was that they are aiming high to get two Cllrs in this electoral area… that could see two more candidates added to the list of nominations.

Cllr. Michael McBride has finally come down on the side of contesting Letterkenny after much soul searching. He said that so much of his work in the community is based in Kilmacrennan and around An Craoibhin in Termon where he’s invested so much of his energy in recent years. He will continue that work in the years ahead.

Cllr. McBride described this as the most difficult decision he has had to make in his political life.

Mc Bride’s vote has almost split in half and has forced him to consider many issues and facts in arriving at his decision. Speaking to the Tribune this week Michael McBride said: “This decision has not been taken lightly and I would like to take this opportunity to thank all my constituents in the Milford area for their support over the past 15 years in political life, my door will always be open to anyone who feels I can help them at any time.”

Cllr McBride is now facing a massive challenge to secure a seat in Letterkenny. However he has a base of 500 votes there and is well-known and the fact that it’s a 7 seater may well be a factor in his decision. He added: “This will not be an easy assignment but I feel I am well equipped for the challenge following my 8 years experience serving the people of Donegal on the county Council.I am privileged to have served as the first Mayor of the Letterkenny Municipal Area in 2014/2015.

“I have assembled an experienced political team to spearhead my campaign who I believe can help me deliver a seat come 26th of May.”

Cllr Mc Bride believes his knowledge of the rural and urban areas and his vision for the developement of Letterkenny in a balanced way as the economic driver to facilitate the economic development of our county so as Donegal people can chose to live here.

“I have worked for the people of the Letterkenny area as I promised I would in 2014 and I currently serve on almost 20 committees both at local and county council level.

“I am asking the public to support my campaign as I feel I have shown that given a mandate by the people that I have the vision and the comittment to deliver on a raft of issues that challenge us on a daily basis in our day to day lives.”

He will again run a poster free campaign.

Charlie McGinley is a native of Gortnabrade and is contesting his first election. He’s been involved in retail and wholesale retail business for more than 35 years and spent four years in the manufacturing business. He’s run a licensed premises, owned a bakery (An Greim Gásta) and a café and is a Commissioner of Oaths.

He’s a well-known figure locally in the Mevagh, Ramelton and Fanad areas, from where he hopes to draw a large slice of his vote. He will also anticipate that as an Independent candidate he may get a fair share of the Donal Cullen vote.

He’s planning to launch his campaign in the coming weeks.

The Glenswilly native has been added as a third candidate on the Fianna Fail ticket. He joins sitting councillor, Ciaran Brogan, and retired principal teacher, Donal Coyle.

The Letterkenny-based businessman received the backing of outgoing FF councillor, James Pat McDaid, who is stepping down due to work commitments.

Kelly told the Tribune: “I have always had a huge interest in politics and Fianna Fail has been my party of choice… It was just a question of timing.

“For some time I have imagined one day entering the political arena with the hope of representing the people, businesses and communities of Letterkenny and surrounding areas.

“I didn’t think that day would arrive as quickly as it has, and with a family, business and sporting commitments I needed to make sure that the timing was right for me.

“Having taken time to consult with those closest to me and having put measures in place I am both humbled and excited by the opportunity to stand in the upcoming local elections, with a view to representing the people of the area as well as I can.

“I feel the time is right for me now to make the step into the political arena. I’m really looking forward to the campaign and to working with my party colleagues who have been a great source of support to me,” he added.