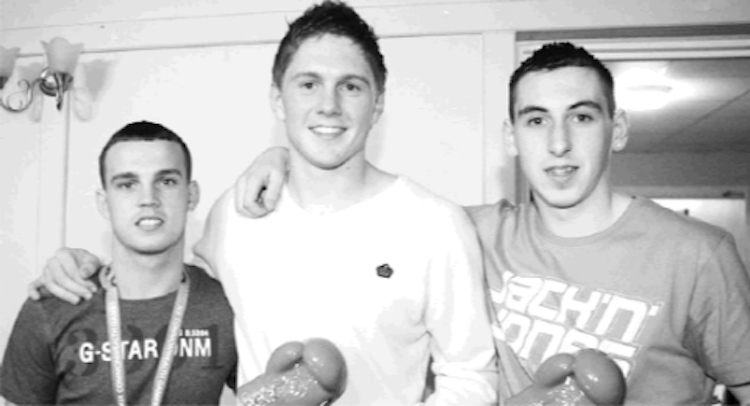 Jason Quigley and Sean McGoldrick will share a card on Saturday night – but it’s not the first time they’ve been on the same show.

By Chris McNulty in London

Their fights are on the undercard to Charlie Edwards’ defence of the WBC flyweight world title.

The paths of Quigley and McGoldrick have rarely crossed, but they did fight on the same bill before.

In February 2010, Finn Valley ABC hosted the St Joseph’s ABC from Wales at the Finn Valley Centre. It was a night that included three McGoldrick brothers, Sean joined on the card by siblings Tom and Liam.

On that night, Quigley defeated Matthew Innez. Quigley was on fire and stopped the Welshman in the second round.

Jason Quigley at a press conference in London yesterday ahead of his UK debut. Picture by Jake Henderson

Tom McGoldrick overcame James Boyle from Rosses AC, while Liam McGoldrick lost out to Ray Moylette, the Mayo native who is now fighting as a pro.

In February 2009, Sean McGoldrick won a Donegal-Derry title as he defeated Martin Carlin from St Joseph’s ABC in Derry, stopping his opponent midway through the second round of their meeting.

In 2006, Sean McGoldrick and Jason Quigley should have had a place on the same bill. At the Ebbw Bridge Club in Newport, Sean McGoldrick fought an exhibition against Donegal boxer Seosamh Ferry. On the same night, Quigley’s planned opponent, Paul Jones, had to withdraw due to a hand injury.