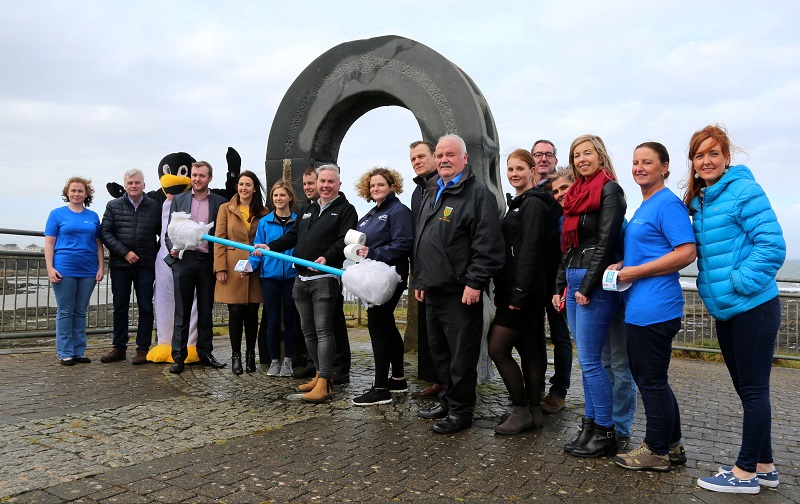 Waves of change are being celebrated in Bundoran this Friday as Donegal’s first ‘Think Before You Flush’ community marks World Water Day.

Local stakeholders came together in the seaside town to mark the fantastic efforts of the community in good water hygiene practices.

Bundoran became Donegal’s first Think Before You Flush community towards the end of 2018 joining 14 other communities around the country. Since then, they have been working towards tackling the problem of sewage-related litter on beaches.

A public awareness campaign was held about the problem sanitary products and other items can cause in our marine environment and our wastewater systems if they are flushed down the toilet. 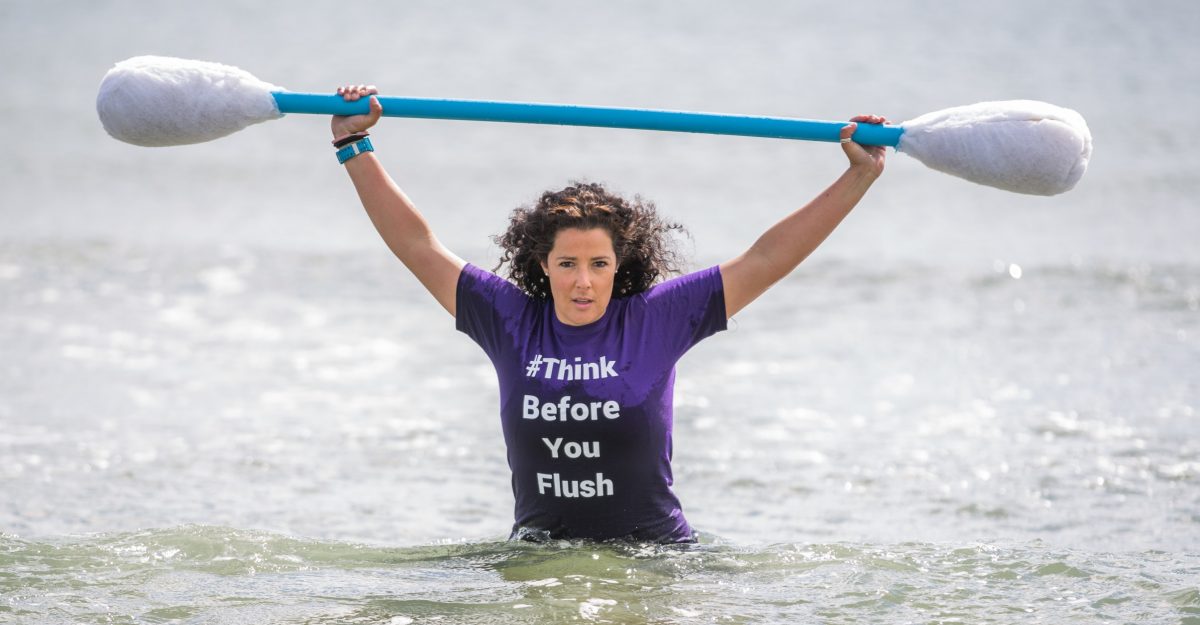 Clean Coasts in partnership with Irish Water launch the Think Before You Flush Campaign to raise awareness of the problems wet wipes and sanitary products cause when they are flushed down the toilet.

Not only does this campaign aim to raise awareness at a national level, there is also a strong emphasis on empowering communities directly to tackle the issues caused by sewage related litter.

A strong partnership between local Clean Coasts Officer, Bundoran Tidy Towns, Discover Bundoran and Donegal County Council has led the campaign from strength to strength with a large number of businesses taking part.

The work continues with workshops for local schools including Magh Ene College and Four Masters NS, Kinlough as well as several projects and events with local community groups and individuals.

Beckey-Finn Britton, Clean Coasts Officer for Donegal and Leitrim said: “Bundoran has become a true ambassador for the Think Before You Flush campaign in Donegal. It is a wonderful example of the power of community action to create change. A special thanks should be given to our Clean Coasts Groups Bundoran Tidy Towns and Discover Bundoran for being true leaders in the community for this campaign.”

Micheal McMahon, Chairperson of Bundoran Tidy Towns added, “we were delighted to become one of the ambassador communities for the Think Before You Flush campaign. We are also thankful to the number of local businesses who have engaged with us by committing to display the promotional materials on their premises. Being a seaside town is of utmost importance that both locals and visitors alike are aware of what they can and cannot flush down the toilet, ultimately affecting the quality of the water that rely on so much for our tourism product here in the town.”

David Friel, Coastal Officer for Donegal County Council said of the Think Before You Flush campaign, “It’s very appropriate that we are gathered here in Bundoran on World Water Day and encouraging locals, businesses and visitors to think before they flush.

“It’s heartening to see the amount of businesses who have embraced this campaign and who want to see their waters remain clean and safe for bathers, surfers and recreational users for this and many more seasons to come.”