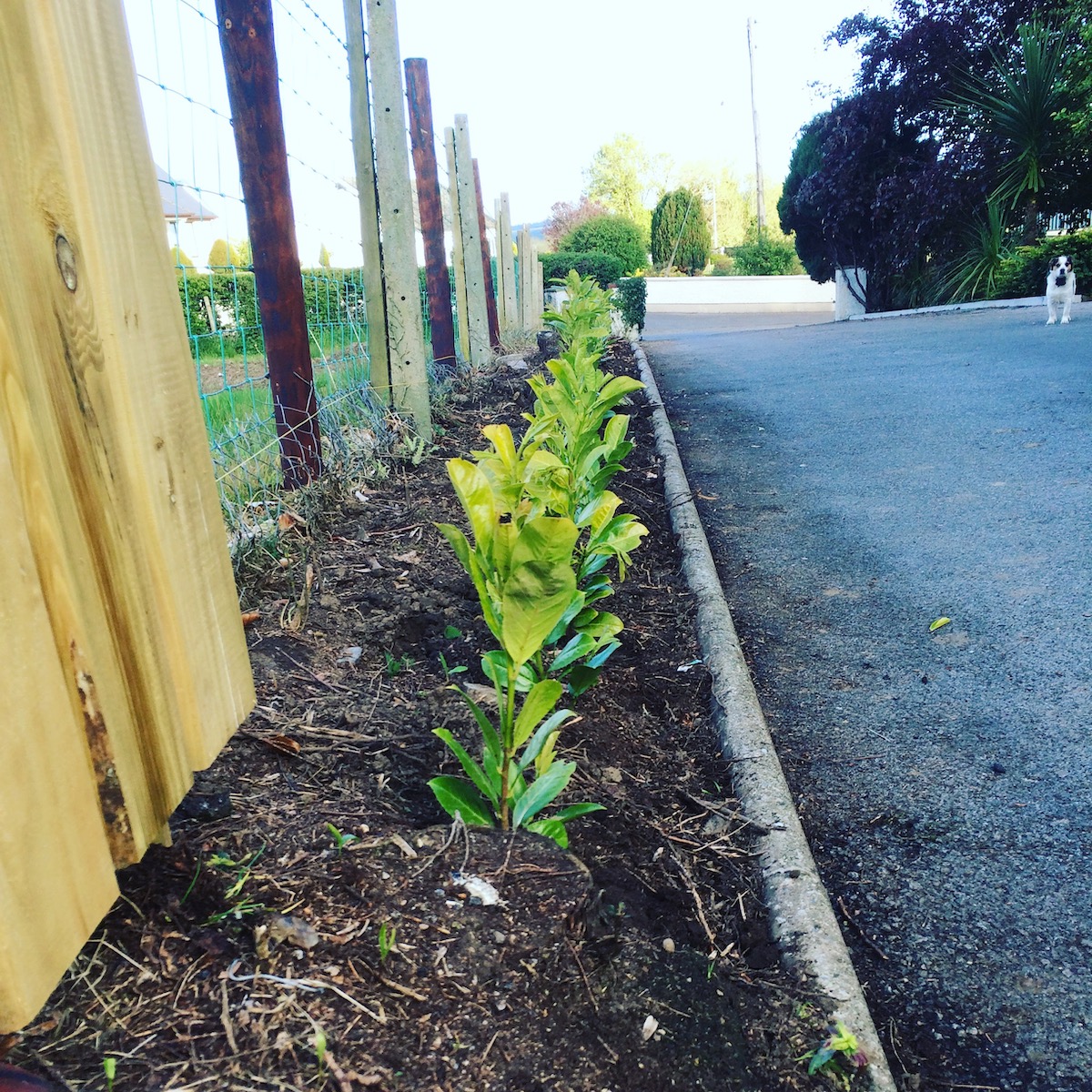 DD Gardening: The Importance of planting a hedging

Have you considered planting a hedge in your garden? If you have then Donegal Daily’s horticulture specialist Conor Gallinagh gives you the low down on the steps you need to take below.

A hedge, in my opinion, benefits the garden in these ways.

The bareroot season is an ideal time to plant your hedge. Of old it was defined as any month with an ‘R’. As our climate changes the season has drawing shorter normally now from November to Mid-April.

So we still have some time left to get that hedge planted or even begin planning for the next season.

Bareroot simple means that the plant is dormant and without a growing medium i.e. roots exposed.

Donegal proves to be a difficult county to grow plants. Going from windswept coastal garden’s to bog covered lands to fertile valleys all within a couple of kilometres of each other.

The soils greatly dictate the variety best suited as well as the climate and client’s personal taste also play a role.

Here are some of my recommendation for the different locations that can be found.

This forms into a really beautiful natural hedge. In non-windswept areas, the dormant leaves will cling on over the winter to give a beautiful bronze effect. The glossy light green leaves unfold from pointed buds in spring and as the season transforms they darken to a richer green hue. 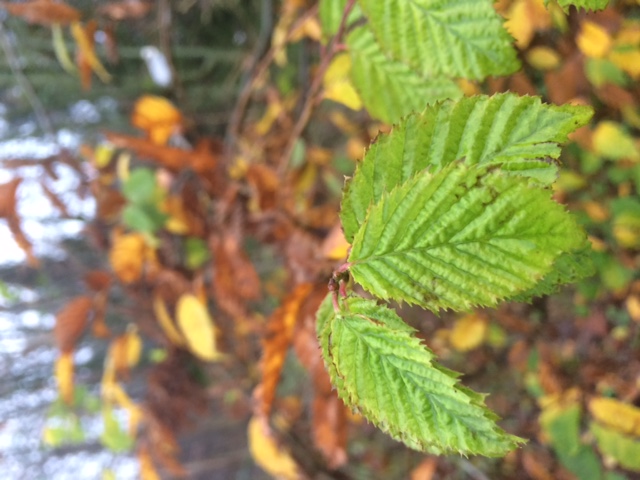 A reliable classic evergreen hedge. Can withstand a range of soils and environments. The long dark glossy leaves remain throughout the year. Forms into a tight compact hedge.

This species is often confused with beech as it has a similar leaf and growth habitat. Look a little closer and you will see deep groves or ridges running through the leaves, unlike the smooth beech leaf. It’s also missing the distinctive pointed orange-red buds of Beech. Unlike the Beech as well the Hornbeam will grow quite successfully on poor or less fertile soils. 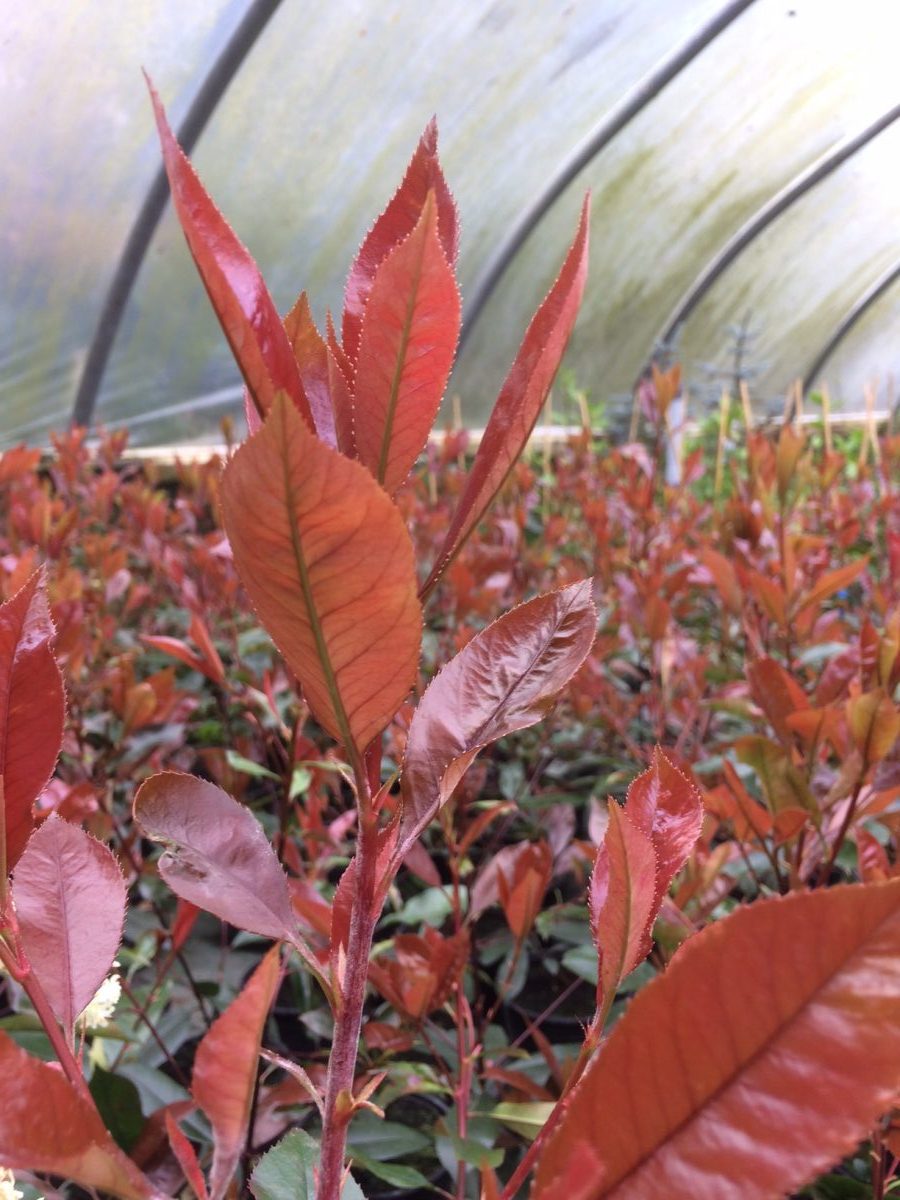 The foliage has a rubber texture and completely smooth which it makes it very suitable for the salt-laden breeze along the coast. An evergreen with light green smooth leaves. Does well in sandy soils.

Using Hawthorn as your base plant, interplant with species of Holly, Wild Cherry, Guelder Rose and Dogrose. This will provide a hedge where an ecosystem should thrive in and also provide interest all year round.

Perhaps you’re looking for something that little bit different. The Photina varieties, in particular, ‘Red Robin’ or ‘Magical Volcano’ could be an option.

In my opinion, the new variety ‘Magical Volcano’ has the potential to make a wonderful hedge. The bright red juvenile foliage with its crinkled edging is a real eye-catcher.

It also has a much denser growing habitat than its counterparts. One to watch for sure.

With Buxus sempervirens suffering from various disease and becoming a little bit old fashioned, the search is on to find an alternative.

The Ilex crenata, in my opinion, seems to be a suitable replacement. A similar leaf structure, growth habit and shape. Seems to match up the criteria well.

Just remember that the end of the bareroot is coming in fast. Once it ends my recommendation is to hold off until it starts in November again.

Use the time in between to plan the area, choose the species you wish to grow and order them in advance as well.

Any questions on this column or looking for further advice either send me an email at cghorticultureconsultant@gmail.com or message me over on my Facebook page Conor Gallinagh – Horticulture Consultant.

Horticulture Consultant & Garden Designer Conor Gallinagh is a keen plantsperson with a passion across the whole horticulture industry. He has a BAgrSc in Horticulture, Landscape and Sportsturf Management. His other qualifications include, a Diploma in Garden Design (currently studying), Certificates in Teaching and Training and others. Visit conorgallinagh.com for more information on his services.