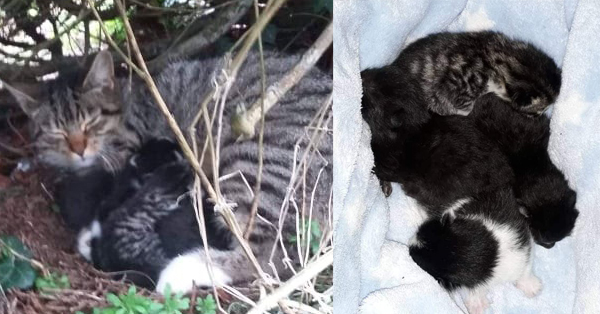 Mother’s Day came early for a young stray cat who was rescued along with her four newborn kittens by Animals In Need Donegal at the weekend.

The homeless tabby had given birth under a hedge before being attended to by the charity in their first kitten rescue of the year.

Volunteers brought the mother and kittens to safety at a foster home where they are now settling in well. 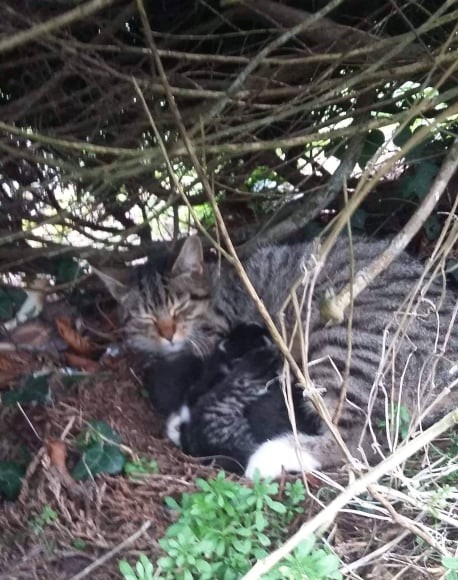 The stray cat gave birth under a bush

And so kitten season begins for the busy volunteers as stray and feral cats and their kittens will soon be appearing all around the county.

The animal rescue group has warned that out of the 300,000 kittens born in Ireland every year, 180,000 will die before reaching 4 months of age. Some deaths are due to natural causes but many more through starvation, sickness, disease, injury or deliberately by human hand.

A spokesperson for Animals In Need said “Around 60% of kittens die before they’re 4 months old. That’s a horrific mortality rate. They’re born, they suffer, then they die. We have to break the cycle.”

The humane solution is Trap/Neuter/Return (T/N/R) whereby feral cats are caught in humane cat traps, transported to the vets to be neutered and after a suitable recovery time are released back to where they came from.

This stops the cat population getting out of control, eliminates most anti-social behaviours and has many health benefits for the cat, whether male or female.

Animals In Need are asking everyone to become involved and to help these unfortunate cats who are homeless and often struggling to survive, through no fault of their own.

The charity volunteers said “This is something communities can become involved with. Every town or village has cats waiting to be helped. We have humane cat traps that can be borrowed and are happy to offer advice if you contact our helpline.” 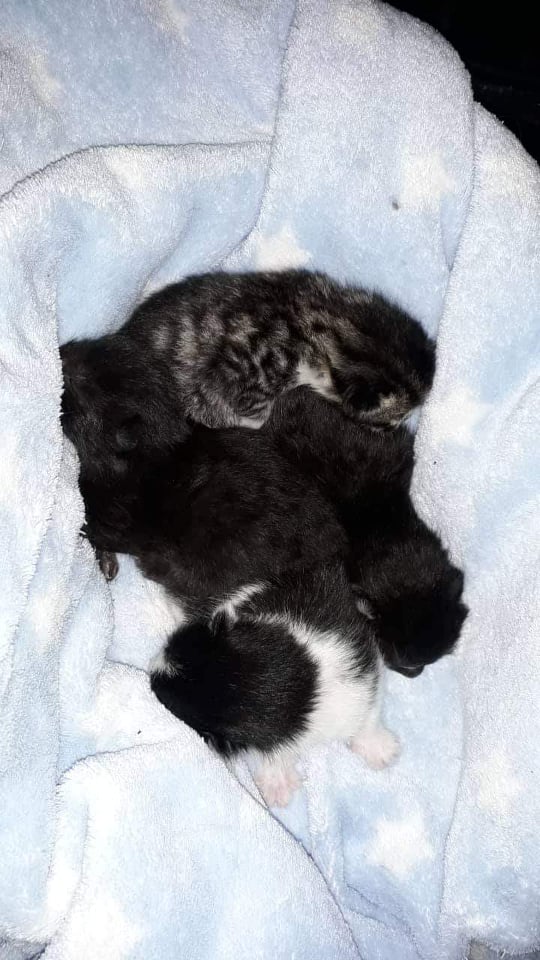 There will be no more kittens born under bushes for the mum cat rescued at the weekend. She will be neutered when her current kittens are weaned but there are countless more like her out there that need the public’s help.

To become involved in helping your community cats please ring 087 7644420 or contact Animals In Need on their Facebook page https://www.facebook.com/AINDONEGAL/  for further information.