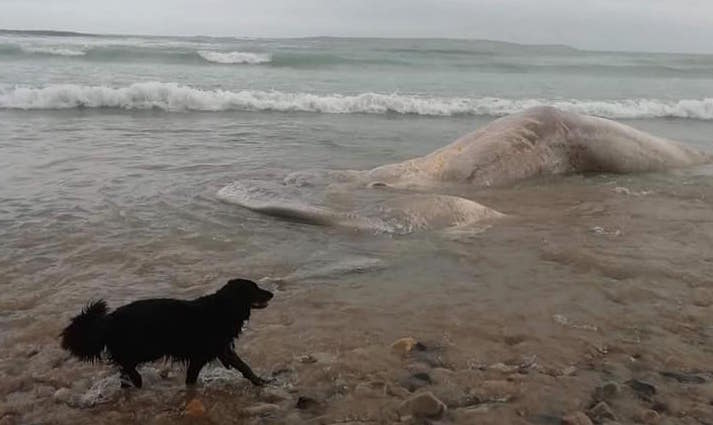 A massive 43 feet long Sperm Whale has been removed from Magheroarty Beach.

The operation was carried out by Donegal County Council yesterday.

It is understood the huge creature, which had been dead for up to three weeks, had been washed up on the beach the previous day.

The whale was in a serious state of decay and the creature was examined before being buried.

A spokesperson for Donegal County Council said the whale has been removed for incineration.

The spokesperson added that under new regulations dead creatures are no longer buried on beaches as previously happened.