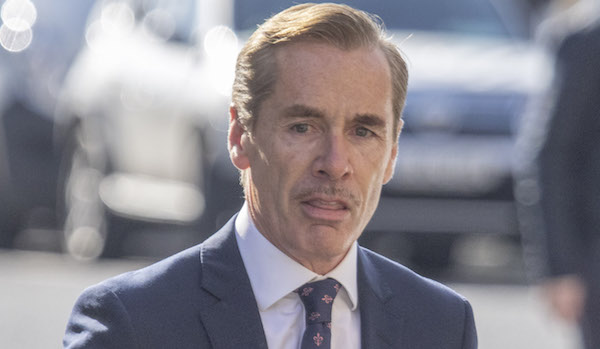 The detective Garda who investigated a deception case involving the sale of a pony to a Donegal man in Majorca, said it took him four and a half years to make contact with the accused.

Michael Kearins, an international showjumper with an address at Knockbeg, Collooney, Co Sligo, who is currently living in the US, has pleaded not guilty to a charge of deception between 24 August 2012 and 19 October 2012.

Businessman Sean Ewing, who lived in Majorca in 2012, has told the court that he had an agreement with Michael Kearins to buy two ponies – a grey and a skewbald – for his two daughters.

But when the ponies arrived, the skewbald was a completely different animal to the one he and his family had viewed in Ireland. He had been expecting a pony known to him as Buddy, but he got one called Spot.

Det Garda Joseph Scanlon told Sligo Circuit Court that on 1 November 2012 he had received a complaint from Sean Ewing and his wife Terri who had purchased two ponies from Mr Kearins.

The detective told the jury that he had gone to the home of Mr Kearins’ parents after receiving the complaint and had got a foreign telephone number for the accused but could never get a reply.

Asked why it had taken him until 2 June, 2017 to arrest Mr Kearins under the Theft and Fraud Act, Det Scanlon said “It took me from that length to get him”.