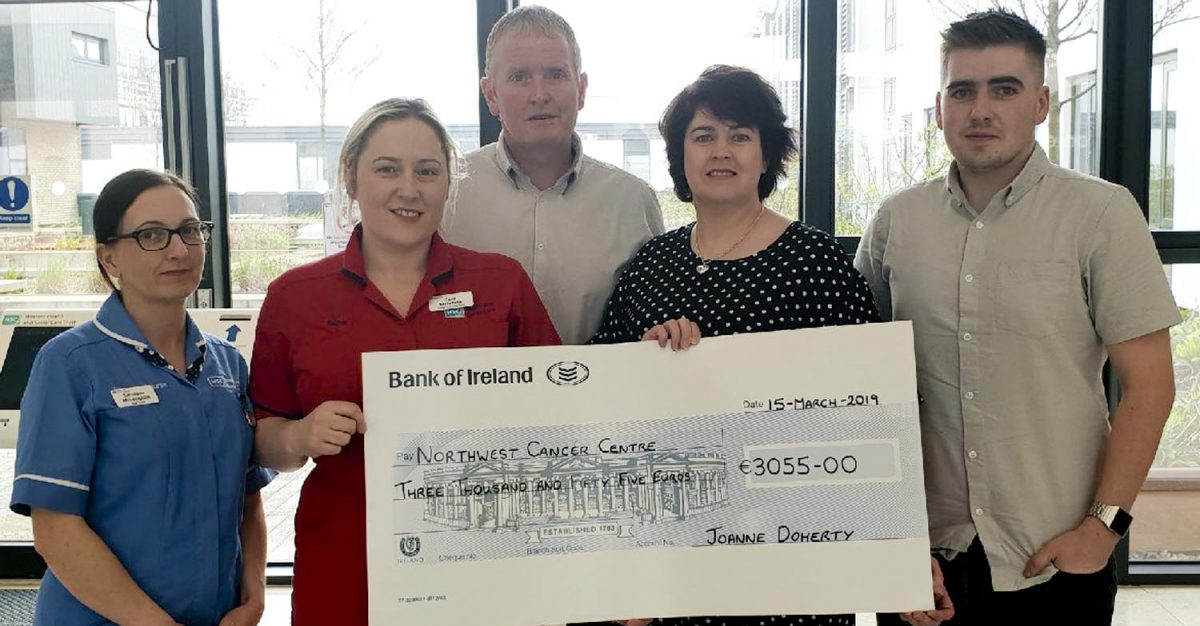 Cancer survivor gives back with generous donation to Altnagelvin

A Donegal woman has presented a kind donation to the North West Cancer Centre following her recovery from breast cancer.

Joanne Doherty from Moville received such outstanding care during her treatment at Altnagelvin Hospital that she was inspired to raise funds for the much-valued service.

Joanne was first diagnosed with cancer in 2016 and has thankfully come out the other side.

As she celebrated her 50th birthday this year, Joanne decided to do something different and have an online birthday fundraiser in lieu of gifts.

She also held a successful coffee morning in the Grencrow Hall in Moville in January 2019.

Joanne’s fundraisers have raised a fantastic £3,055 in support of the cross-border North West Cancer Centre. She and her family recently visited Altnagelvin to present the donation to the Western Health and Social Care Trust (Western Trust), which was gratefully received by staff members Tara McIntyre and Caroline McLaughlin.