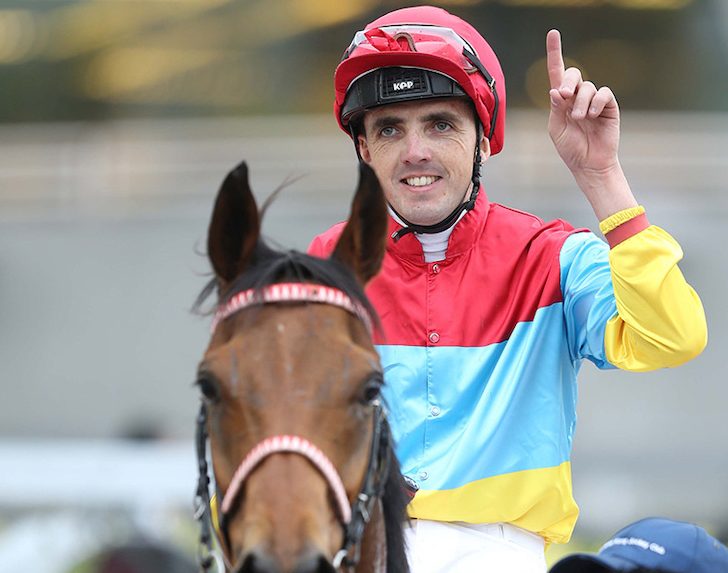 Donegal jockey Martin Harley recorded his second win during his stint in Hong Kong this afternoon.

Harley edged the race on Indigenous Star by just a neck from Best Effort.

The 11/5 favourite, Little Fantasy, was third.

Harley and Indigenous Star powered through the last 50 yards to take the win.

Indigenous Star had been Harley’s first mount in Hong Kong and he got on the saddle to hand Ricky Yiu his 18th win of the season.

“Ricky stood by me and I am absolutely delighted to ride him a winner, he’s given me plenty of track work in the morning and he believes in me,” Harley said.