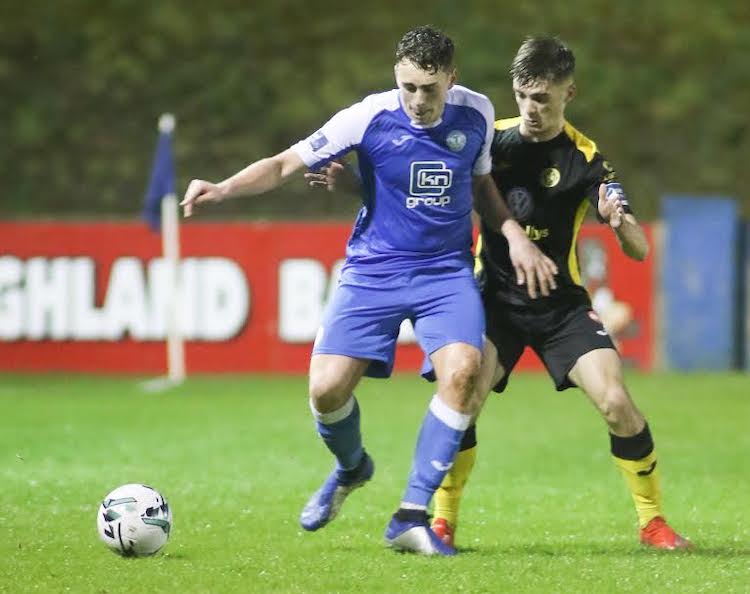 Debutant Stephen Doherty struck an extra-time winner as Finn Harps earned their first victory of the season against Sligo Rovers in the EA Sports Cup tonight.

Illies youngster Doherty thumped high into the Sligo net five minutes into extra time after Sligo managed to block several attempts. But when it fell to Doherty – handed a first start by boss Ollie Horgan, who rang the changes – he fired home emphatically to seal the win.

Doherty’s goal, in front of 375 fans at Finn Park, meant a first win of 2019 for the Donegal side and also ended a run of six successive defeats.

Harps initially took the lead in the 86th minute when a Tony McNamee long throw-in was headed clear. Liam Walsh head a go, only for his shot to be blocked, but Mark Coyle made hay and fired home a 20-yard blockbuster.

The lead lasted just two minutes, though. Jack Keaney’s free kick caused panic and Dante Leverock hammered home to the roof of the net. Harps cried foul, but referee Michael Connolly was having none of the protests.

The game was slow to come to life.

Midway through the first half Niall Logue denied Sligo when he intercepted from Romeo Parkes, who latched onto Ronan Murray’s deft through ball.

Harps had started the brighter, but Sligo began to up the ante without creating much angst for Peter Burke, the Harps goalkeeper, or his defence.

Harps began with only Colm Deasy, Sam Todd, Niall Logue and Nathan Boyle in the starting XI from Friday’s 4-0 loss at Waterford with first senior starts for Letterkenny teenager Michael Gallagher and Illies man Stephen Doherty (both members of the Harps under-19 squad).

Doherty almost made an impact early in the second half, but he fired just wide of the post after being put in by Mikey Place, while Gallagher’s stinging volley flew just wide after a McNamee corner was headed into his path.

Walsh, another youngster given his head as a second-half sub, drew a wonderful save by McNicholas 17 minutes from the end.

Walsh rose inches over after he picked up on a loose pass by Lewis Banks before the dramatic ending to normal time meant that the sparse attendance had to settle in for another half-an-hour.

The win will certainly be a boost to Harps ahead of Friday night’s Premier Division derby against Derry City at Finn Park.

Warning for Donegal as weather takes a...