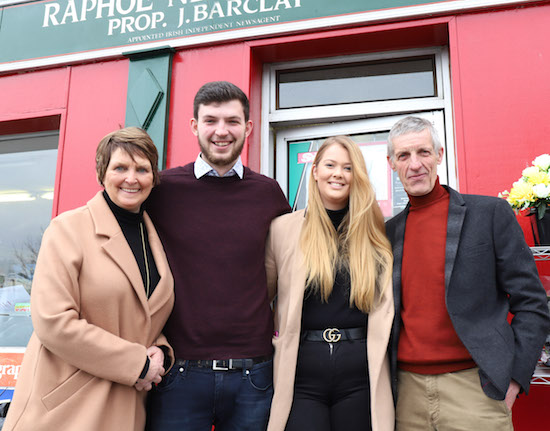 The country’s latest lotto millionaire almost didn’t get a chance to collect his huge cheque – after he forgot to take his winning ticket to lottery headquarters in Dublin today.

Odhran Doherty, 23, became a millionaire on Saturday night last after dad Liam gave him what proved to be a winning lotto ticket.

The young farmer, from The Glebe in Letterkenny, couldn’t believe his luck as he drove by chauffeur-driven limousine to Dublin today.

But Odhran revealed how he was forced to tell the driver to turn back after he forgot to take his winning ticket with him.

He said “I almost wasn’t collecting the money at all. We were up the road and heading towards Lifford when I realised I didn’t have the ticket.

“I had to ask the driver to do a quick turnaround and head back to the house where I had the ticket hidden away.

“Can you imagine if I had landed all the way to Dublin and they had asked for the ticket and I didn’t have it. How embarrassing would that have been?”

And in a bizarre twist of luck, dad Liam has revealed how he is related to another lucky Donegal lotto winner who picked up his cheque just a few weeks ago.

Pensioner Charlie Meehan, 84 was the toast of Donegal in February when he scooped €500,000 in the Euromillions draw.

Bizarrely, both Liam and Odhran are working on a shed at Charlie’s house.

Att he time Charlie said he had already won the lotto even before his numbers came up after he overcame cancer.

Liam revealed “I am related to Charlie on my mother’s side and I was so delighted when I heard he had won the lotto. It couldn’t happen to a nicer man. Charlie is an absolute gentleman.

“Little did I think that we would be collecting one million euro ourselves just a few weeks later.”