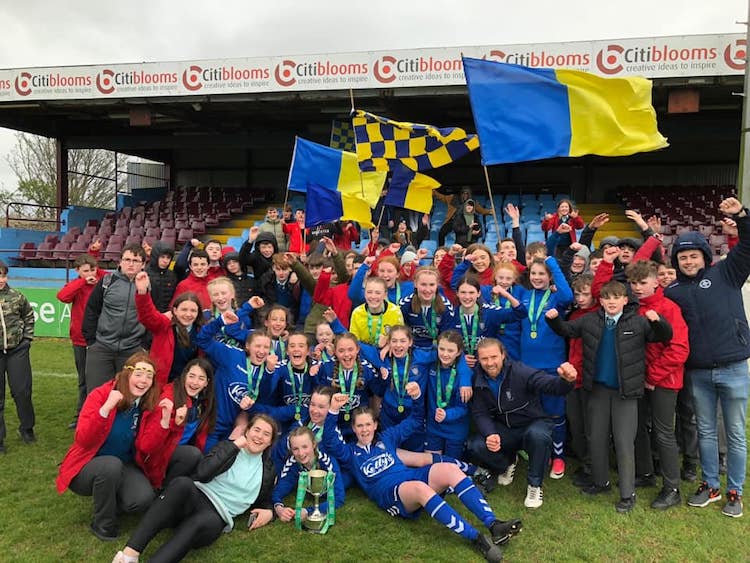 Coláiste Ailigh came from behind to defeat Ramsgrange CS in today’s FAI Schools Minor ‘B’ Girls final in Drogheda.

Aoibhinn Ni Chonaill and Erin Ní Dhochartaigh hit the goals for Coláiste Ailigh as they claimed a famous win at United Park.

Ramsgrange, from County Wexford, took the lead after just 10 minutes when captain Ava White-Keating skipped through the heart of the Coláiste Ailigh rearguard to fire home.

However, Coláiste Ailigh – managed by Finn Harps captain Keith Cowan – levelled eight minutes before half-time when Ni Chonaill latched onto a loose ball in the penalty area to fire home. 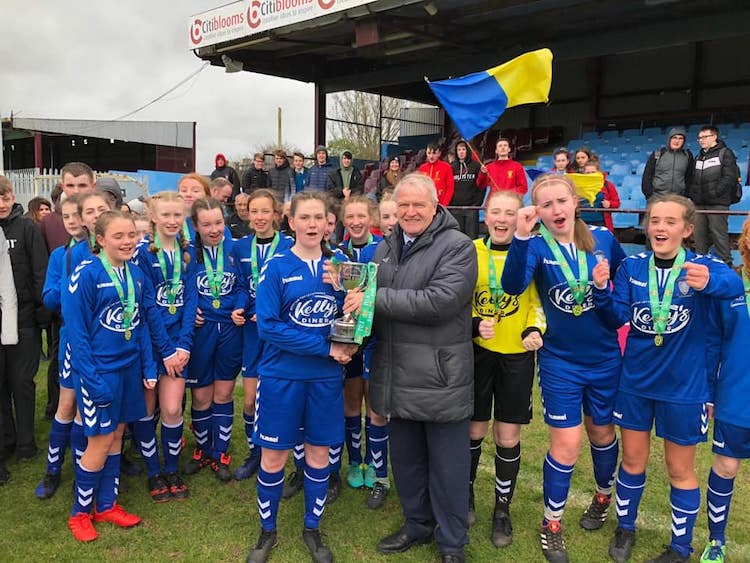 Early in the second half, Ramsgrange came close to restoring the lead, but Jennah Molloy was off target.

However, two minutes later, Coláiste Ailigh did hit the front as Ní Dhochartaigh scored direct from a corner.

Soon after, Mia Doyle, the Ramsgrange ‘keeper pulled off a wonderful save to deny Ní Dhochartaigh a wonder goal from distance.

Ní Dhochartaigh came to the rescue at the other end as she cleared the danger with Ramsgrange pushing hard in search of an equaliser.