Seydak stepped down as manager of Derry City’s Ulster Senior League team last night, following a League defeat at Bonagee United – a move that had been planned for some time in advance of the fixture.

Quigg and Seydak oversaw a sea change in Derry’s youth structure over the last decade and developed scores of senior players, but both have recently departed the Brandywell under a cloud.

Last week, Paddy McCourt, Derry’s Head of Youth Development, mentioned that Quigg was ‘finding it tough to commit, given his work demands’.

However, Seydak has thrown new light on the matter.

“John was told not to come back.

“The statement was that he left for work commitments. That was wrong. He was phoned and told not to come back.

“For anyone to be treated the way he was is nothing short of disgraceful. The service he gave, the players he brought through, that all deserved better.” 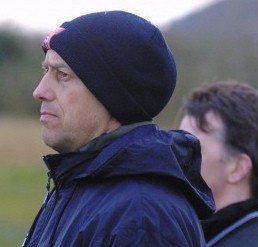 Pressed on the reasons, a clearly frustrated Seydak said: “I wouldn’t want to embarrass the club by giving the reason.”

In an interview with the Derry Journal following his departure, Quigg outlined that changes made by McCourt in a short time ‘made it clear’ that his own time was up.

Seydak said: “I was gutted what happened with John.

“He is an absolute legend in Derry City for the work he has done. The work he did was unheralded. You rarely saw John in the media, it was all about the young boys. Derry City benefitted so much from John’s work.” 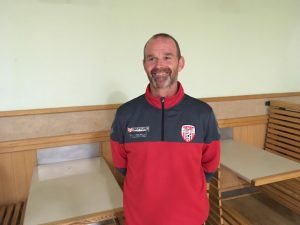 Seydak admits he is unsure where the recent developments leave Derry City’s future participation in the Ulster Senior League.

Seydak informed Derry City of his decision to resign following the 4-1 loss to Bonagee at Dry Arch Park.

In a brief statement this morning, Derry City said: “Derry City Football Club wishes to acknowledge the services of Eddie Seydak who has resigned from his post as the club’s Ulster Senior League Manager.

“Eddie has been involved with the Candystripes for more than a decade and has been a fantastic servant to the club during that time.

“We would like to thank Eddie for his hard work and commitment and wish him well in his future endeavours.”

Seydak believes that Derry City have the capability to keep churning out the young talent. On Tuesday night, Ramelton native Connor Gormley became the latest graduate as he made his first team debut as a substitute in the EA Sports Cup win over Longford Town.

“The young talent has been coming every year for the last number of years. Every year, we have had one or two, sometimes three or four coming through. That level of development is unparalleled in the League of Ireland.”