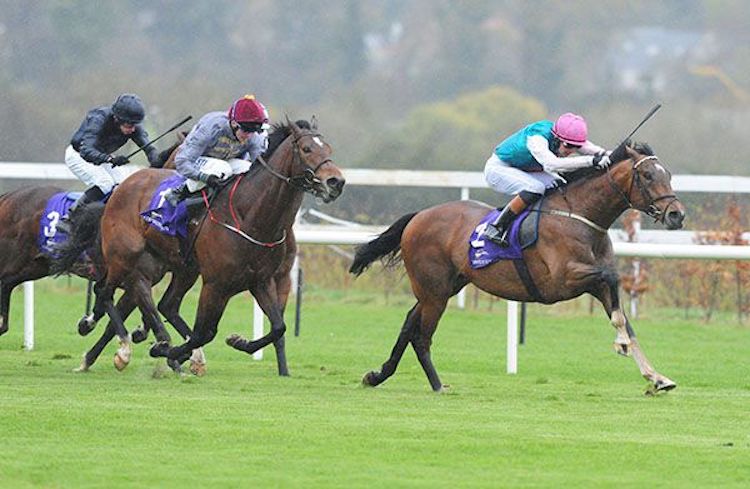 Orr recorded his first listed victory on the 3/1 Imaging in the SPIN 1038 Heritage Stakes before winning the JJ Kavanagh & Sons Fillies Maiden aboard 8/1 shot Titanium Sky.

The wins were part of a brilliant four-timer for Weld.

On the Khalid Abdullah-owned Imaging (pictured), Orr was held up and sat seventh at the midway point before making headway. Over the final furlong, Orr inched ahead and won by half-a-length from the 10/1 Zihba.

“People could say that he couldn’t claim his 3lb here, but I wasn’t worried about that. He rides out for me a couple of days a week now.”

On Titanium Sky, for Moyglare Stud Farm, Orr had one-and-a-half lengths to spare on Silk Forest, a 14/1 shot.

Weld said of Orr’s second win: “He gave her a lovely ride. It was in some ways a messy race, but he took his time, got a nice run through, and she did it well.”