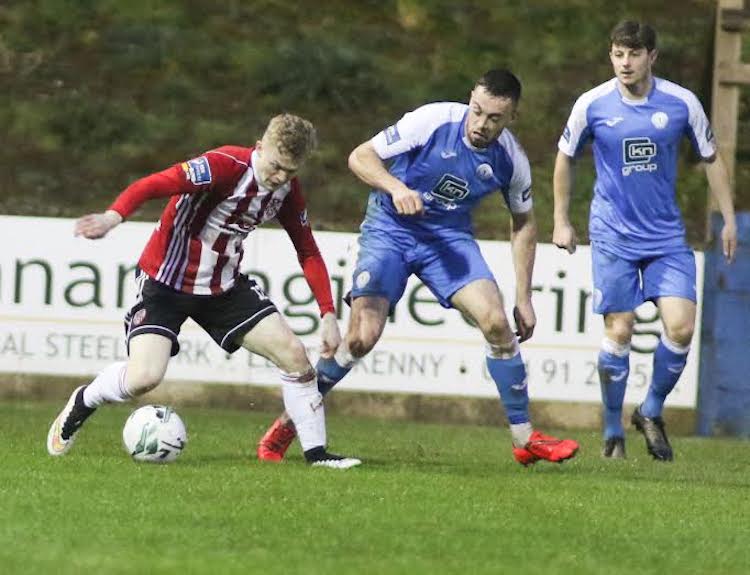 Declan Devine: Adrian Delap is ‘like a young Niall McGinn’

Delap came off the bench last night to score Derry’s first goal in the 3-2 win over Finn Harps.

The 20-year-old Donegal man is highly rated at the Brandywell and Devine has tipped the Ray native to shine.

“It was a fantastic goal from a young lad,” Devine said of Delap’s goal.

“It was a fantastic finish.

“He has had a huge impact on this team. Delap is one for the future.

“He reminds me a lot of a young Niall McGinn.” 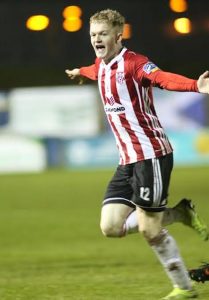 Devine was Derry’s assistant manager when McGinn left to join Celtic in 2009. McGinn is now with Aberdeen and has won 53 Northern Ireland caps.

Devine said: “I feel he can get better. He’s a player who will benefit in a full-time set-up and benefit from playing with good players.