Patrick McBrearty returned to action as Kilcar overcame Glenswilly in front of a big crowd in Towney.

By Charlie Collins in Towney

McBrearty was in competitive action for the first time since rupturing an anterior cruciate ligament in last summer’s Ulster final and the Donegal star will look to build over the next few weeks. Donegal face Fermanagh at the end of May in the Ulster Championship and McBrearty is now firmly in line for that clash.

McBrearty hit four points as Kilcar – who were minus the services of Ryan McHugh – saw off Glenswilly in a keenly-contested All-County League opener for these two heavyweights. 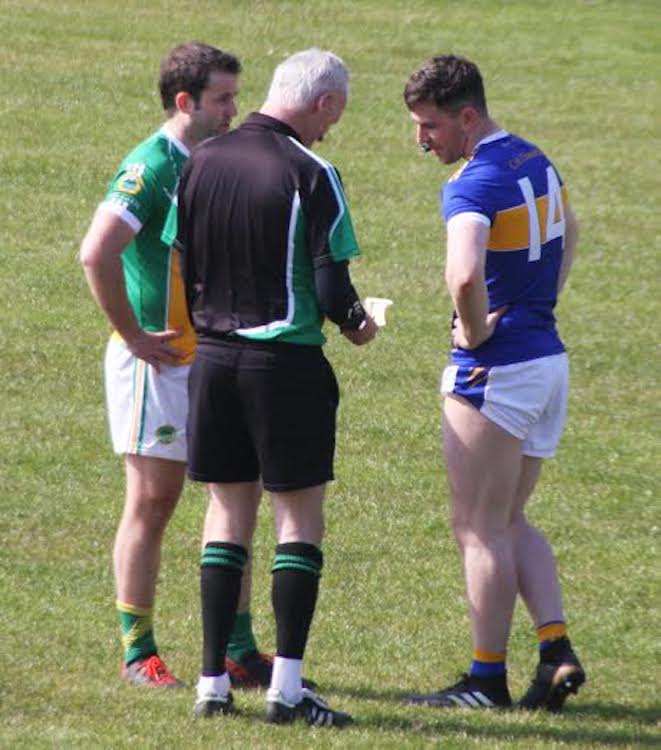 Referee Jimmy White with Caolan Kelly and Patrick McBrearty, the team captains, before the game

Michael Murphy continued his sumptuous form as the Donegal captain landed 1-5, including a first-half penalty, blasting home after being fouled as he reacted when initially thwarted by a super Eamonn McGinley save.

That goal put Glenswilly 1-1 to 0-1 in front, but Kilcar reeled off seven in a row.

McBrearty landed three of those, with Stephen McBrearty, Mark Sweeney (2), and Eoin McHugh also on the mark.

Kilcar led 0-8 to 1-2 at the break and in the opening move of the second half the hosts bagged a goal, Eoin McHugh firing home after great work by Odhrán Doogan.

Glenswilly’s response was instant as Kealan McFadden was picked out by Eamonn Ward and McFadden gave McGinley no chance. 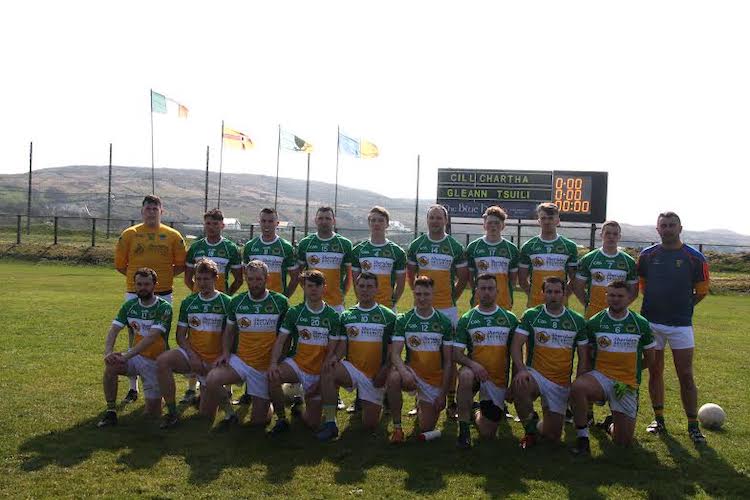 Oisin Crawford and Murphy – with a ‘45’ effortlessly arched over from close to the sideline – brought Glenswilly within a point.

Midway through the second half, Kilcar got breathing space again as Matthew McClean slotted home after Eoin McHugh’s surging run from deep.