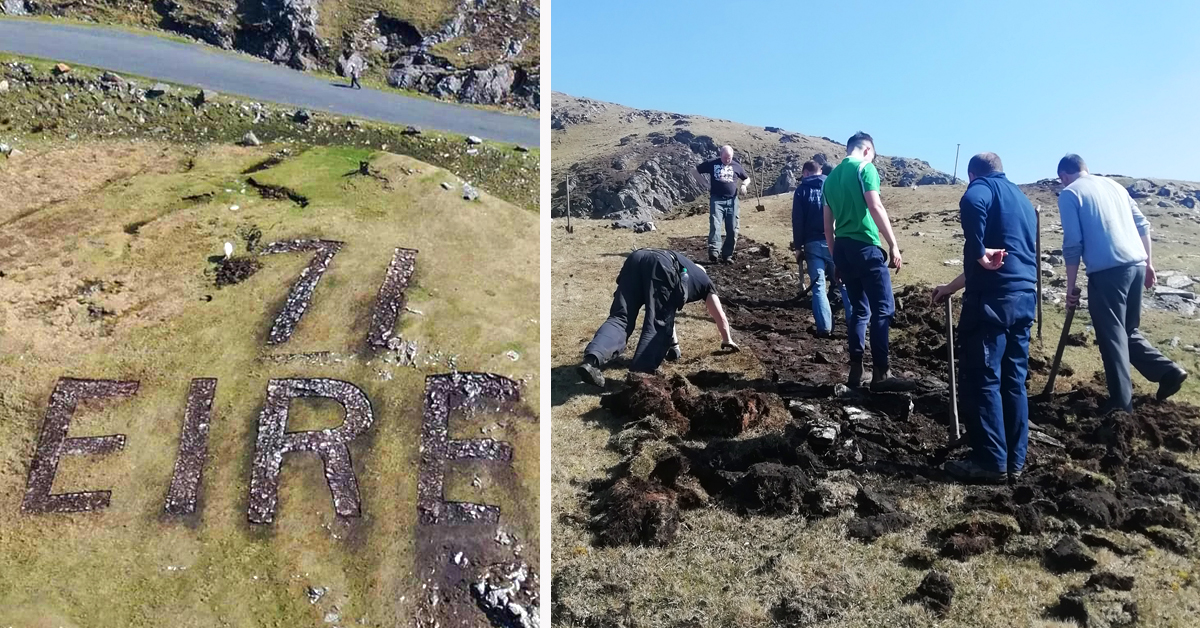 A team of volunteers have set out to restore a piece of history at one of Donegal’s most iconic tourist locations.

The many EIRE markers dotted around Ireland’s coastline are one of the lasting reminders of the local impact of World War II. The giant stone signs and numbers were laid out in the 1940s as a navigation aid for American bomber pilots. They also warned wartime airmen that they were flying over a neutral country.

There are 14 impressive markers on the Donegal coastline and 83 nationally. However, as the decades go by, some signs have fallen victim to the elements.

One such sign at Carrigan Head, near the Sliabh Liag viewing point, was barely visible to the eye.

But a resourceful group of locals have started to restore the landmark to its former glory. 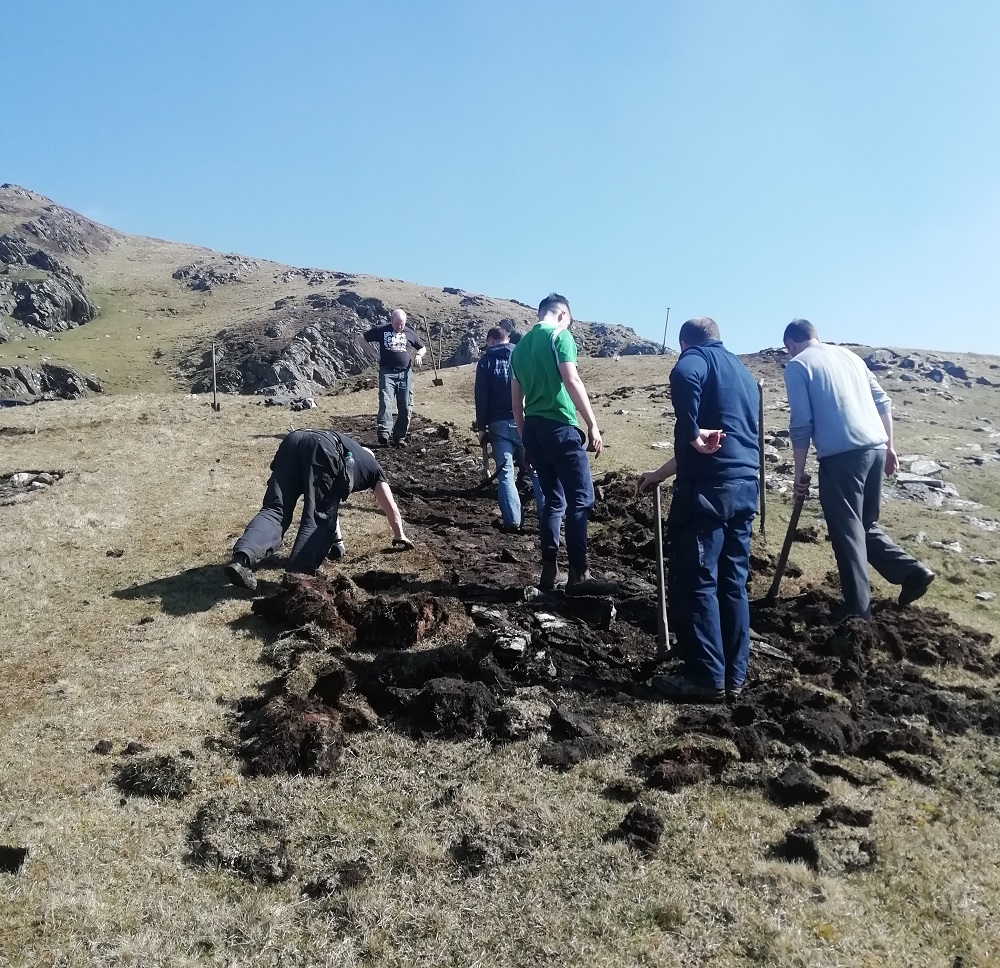 The nine volunteers from Teelin and Carrick took it upon themselves to work on the sign last Saturday. With just an old photograph as a guide, they removed the sod from the stones which, after 70 years, were almost all underground. The team plans to return again to clean and whitewash the rocks in the coming weeks.

Ciaran McHugh, a member of the restoration team, said the project was born from locals taking an active pride in their area.

“It all started as a bit of pub talk. We were tired of waiting on someone to fix the sign so we decided to do it ourselves,” Ciaran said.

“It’s a lovely part of our heritage. When we were working last weekend there was umpteen tourists over asking what we were doing and it got a lot of attention.” 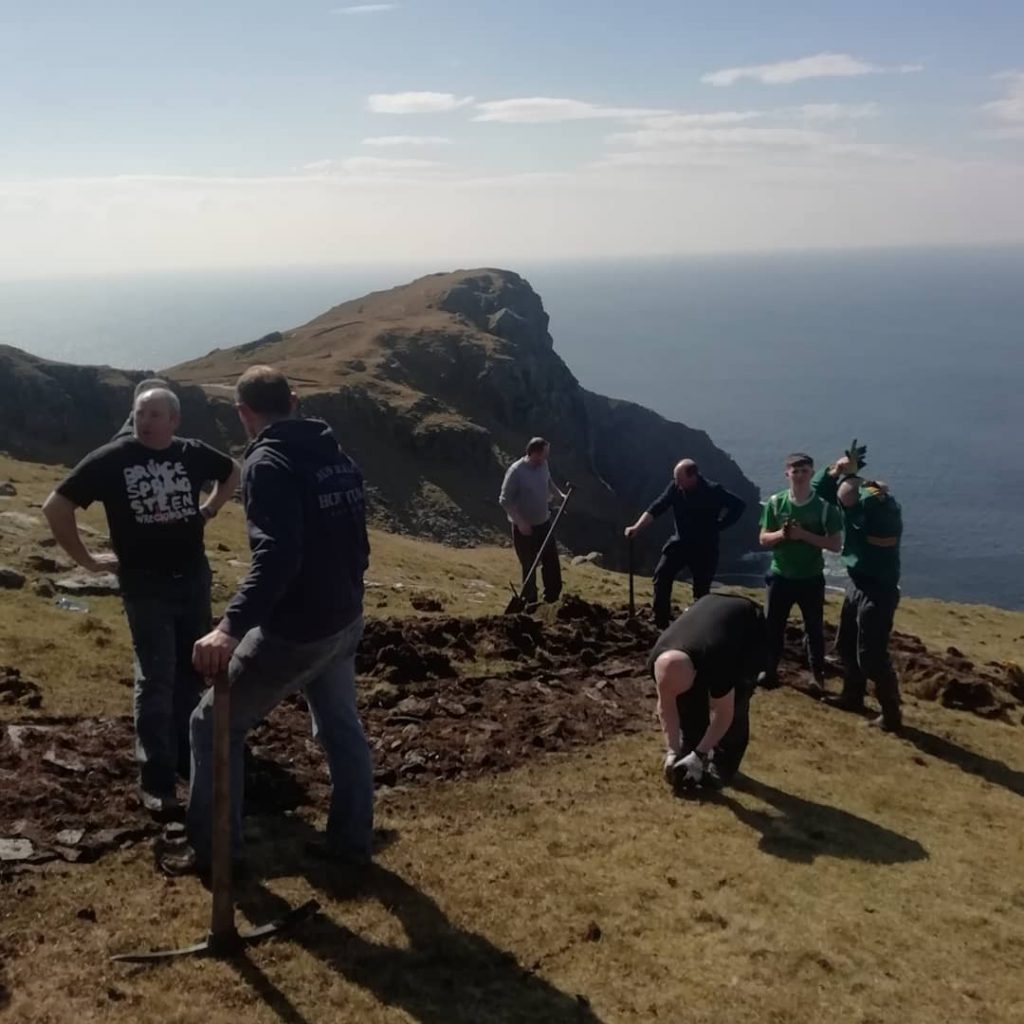 Mr McHugh said the restored marker will only add to the historic wonder of Sliabh Liag.

“The signs really add to the area. You have the sea cliffs on one sign and this lovely sign. It’s local pride, it’s a beautiful part of Donegal and on the Wild Atlantic Way too,” he said. 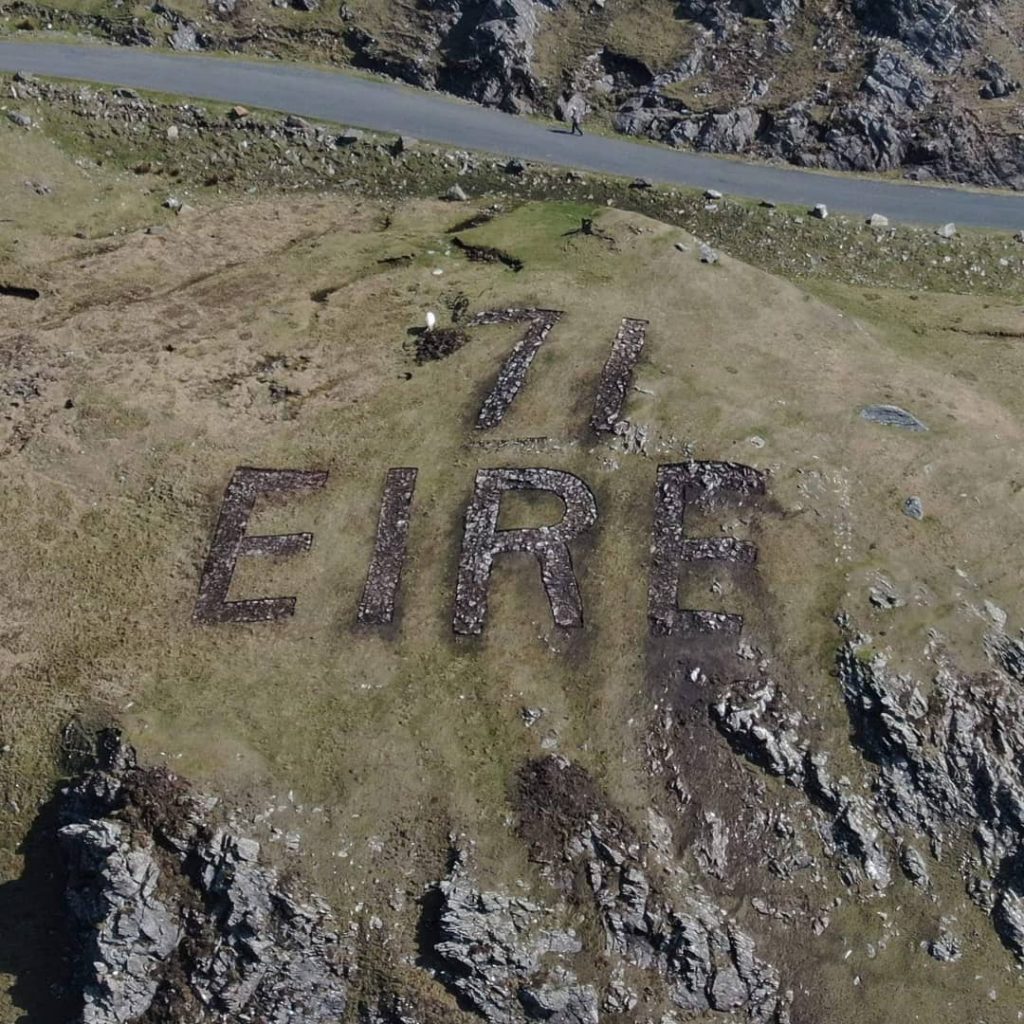