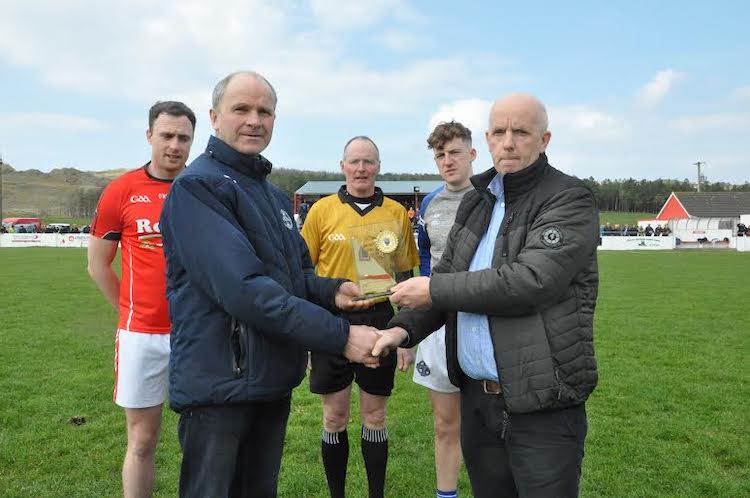 St Michael’s leave it late for derby win over Cloughaneely

For the second week in a row St. Michael’s struck late on to snatch victory from the jaws of defeat – this time to defeat their north west rivals Cloughaneely in front of a big crowd at the Bridge.

This was Cloughaneely’s first league game; while St. Michael’s got their season underway with a victory over Milford the previous Sunday.

Both teams had their county men available with Michael Langan lining up for St. Michael’s and Jason McGee starting for Cloughaneely.

Prior to the start of the match a minutes silence was held in memory of the tragedy that struck the Cloughaneely club earlier this year and a presentation was made by the St. Michael’s Chairman Liam McElhinney and Captain Martin McElhinney to Cloughaneely Captain Mark Harley and Chairman Joseph McGarvey. 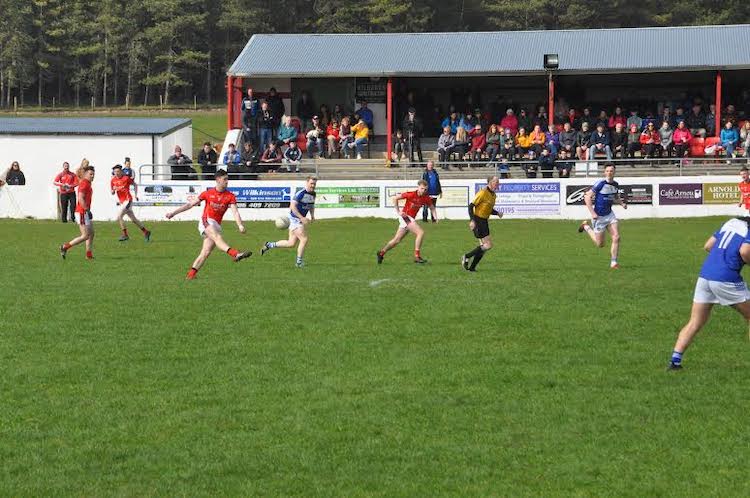 When the action got underway it was the home side who started the brightest with points from Michael Langan and a goal and two points from Andrew Kelly putting them into a commanding position with Darren Ferry replying for Cloughaneely.

However Kelly’s point was to be the last score for St. Michael’s in the first half while Cloughaneely got into the game and finished the half stronger with points from Ferry, Aidan Doohan and Cillian Gallagher left them in a commanding position at half time leading on a scoreline of St. Michael’s 1-3 Cloughaneely 1-10. 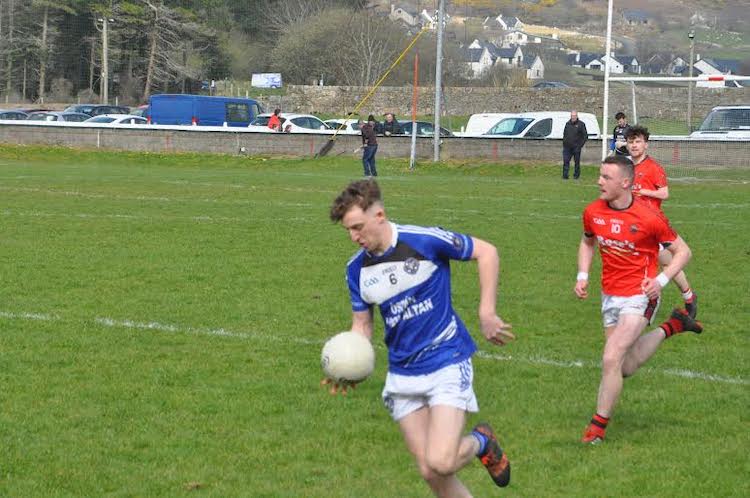 The second half was nip and tuck with St. Michael’s trying to get back into the game and Cloughaneely keeping their noses in front.

The visiting keeper Shaun McClafferty made two point blank saves each half to deny St. Michael’s goals and it looked like Cloughaneely were going to hold on and claim the early season bragging rights but like last week the Bridge men struck late and came back into the game with points from Michael Langan and Kelly before Martin McElhinney struck the vital late point to claim the points for St. Michael’s.