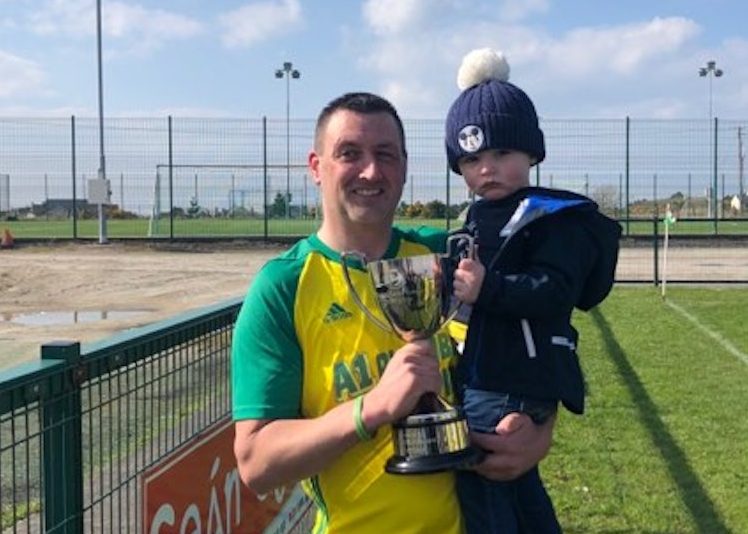 Eamonn Cannon added another League winners’ medal to his collection on Sunday.

The veteran midfielder helped Bonagee United to win the Donegal League Division 1 title, as a one-all draw at Gweedore Celtic sealed the silverware.

“It’s nice to get it after a long season. It makes it worthwhile at the end of the season,” he told Donegal Daily/Donegal Sport Hub on Sunday.

“The boys went out and it paid off. The training has been top notch and different drills have been brought in every night.”

Bonagee’s players talked of a tough pre-season regime, running up hills at Ballymacool Park. Damien McClafferty’s team lost only once in the League all season – and Cannon believes they will be well capable of coping in the top flight.

He said: “He’s brought in a good bunch of lads since I came in from Glenea. The squad can go into the Premier with their heads held high. They should do well.”