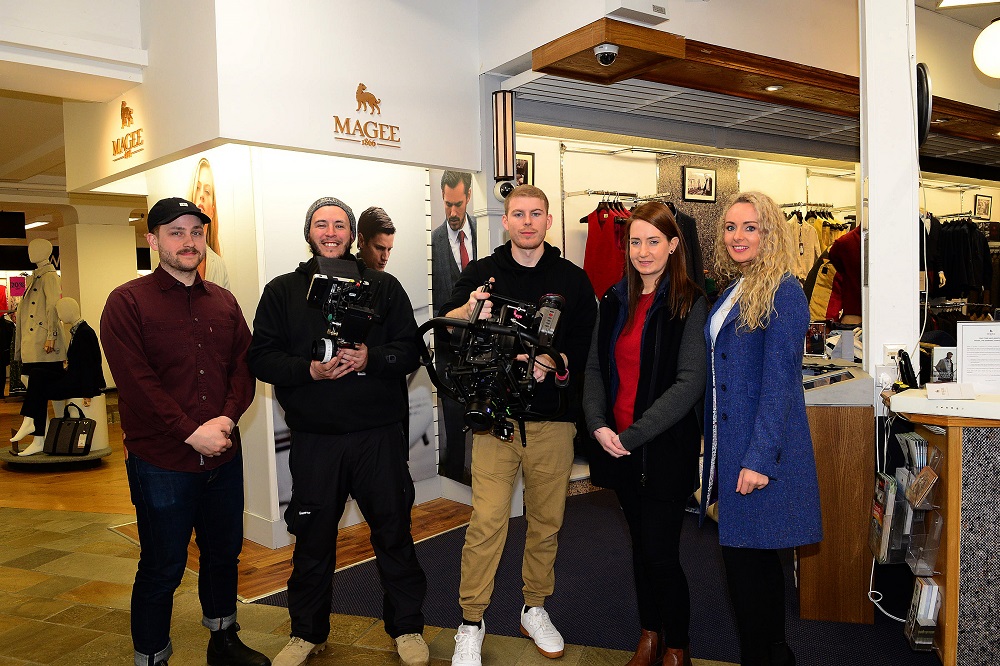 Tourism Ireland in the US has joined forces with Hearst Media – one of the world’s largest magazine publishers – in a new initiative to promote Donegal and Ireland.

The collaboration involves the production of three new videos for the online versions of Esquire, Elle and Town & Country.

The Hearst team has been busy filming at numerous locations around Donegal – including Grianán of Aileach, Fanad Head Lighthouse and Magee of Donegal. The group also enjoyed an overnight stay in Dillons Hotel in Letterkenny.

The collaboration with Hearst Media is part of Tourism Ireland’s strategy to connect with prospective American visitors in new and unexpected ways.

Alison Metcalfe, Tourism Ireland’s Head of North America and Australia, said: “Tourism Ireland is delighted to collaborate with Hearst Media on this project, to create a series of new videos for its online audiences. The videos will be seen by millions of people across the US – inspiring them to put Donegal and Ireland on their vacation ‘wish list’ for 2019.

“Tourism Ireland has prioritised North America as a market which offers a strong return on investment, in terms of holiday visitors and expenditure. In 2019, Tourism Ireland aims to surpass the record-breaking performance of 2018 and to grow revenue from North American visitors by +8% to €1.99 billion, generated by 2.17 million visitors.”