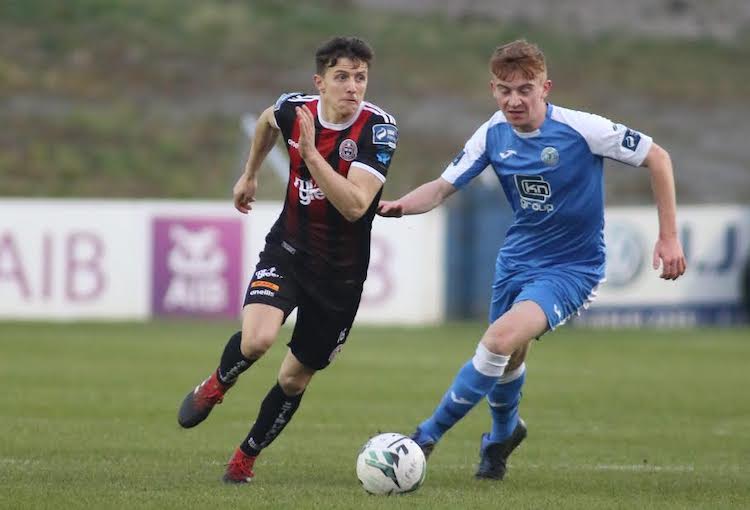 Grant struck on 38 minutes with the only goal of a tame game in Ballybofey to keep in-form Bohs on the coat tails of the leaders, Shamrock Rovers.

For Harps, the plight continues after another frustrating night for their followers.

Seven days after a feisty derby defeat at the hands of Derry City, the fireworks were kept in storage here on a night when Finn Park hosted its lowest League crowd of the season.

Harps had big claims for a late penalty when sub Mikey Place went to ground under pressure from Aaron , but referee Damien McGraith waved away their appeals. 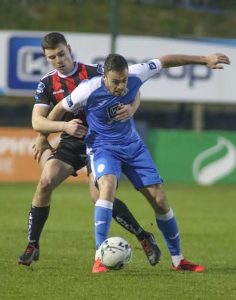 The game eventually burst to life late in the first half and Grant’s goal had Bohs in front at the interval.

Harps had multiple chances to deal with Keith Ward’s probing cross, which was only partially cleared.

Grant’s shot bounced off the turf and beyond Ciaran Gallagher, who did what he could to narrow the angles.

Grant had gone close twice in the moments before the breakthrough finally arrived.

It took a wonder save by Harps ‘keeper Gallagher to deny Kevin Devaney as the game eventually found life. Gallagher reached high to turn over from Devaney’s swerving effort from the edge of the area. 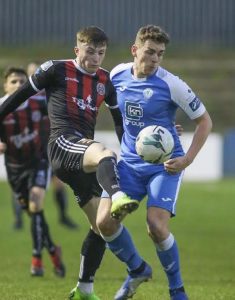 But it was only momentary respite for Harps as, just three minutes later, Grant broke the deadlock for the Gypsies.

It might have got even worse for Harps straight after Grant’s goal as Dinny Corcoran struck the base of the post and Gallagher did well to thwart Ward’s follow-up.

Harps gave a first League start to Stephen Doherty. The Illies man was the match winner in the recent EA Sports Cup game against Sligo Rovers and has impressed for the Harps Under-19s.

Doherty and Mark Russell were elevated to the first XI while Mark Coyle returned from suspension to start, with McNamee, Niall Logue and the suspended Colm Deasy making way. 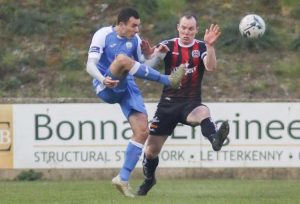 Doherty’s evening lasted only the first half as McNamee was sent on for the second half.

Boyle, who scored in last week’s derby loss to Derry, forced Talbot into action with an awkward attempt a quarter-of-an-hour in. That was as good as it got for Harps, with Caolan McAleer driving a promising free into the Bohemians wall soon after.

In the opening minutes of the second half, John Kavanagh’s low drive was well held by Talbot.

The always-threatening Grant burst clear with 15 minutes remaining, but shot over the top with a chance to kill the game.