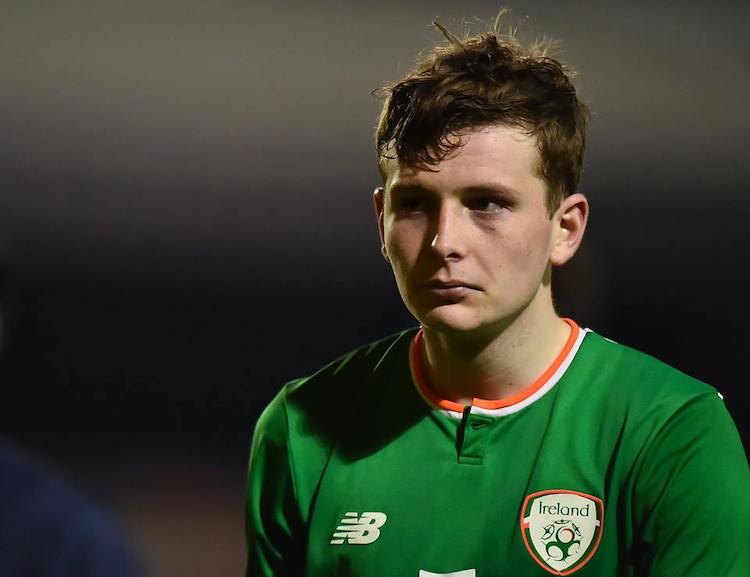 There was strong Donegal involvement to the Republic of Ireland Under-18 Schools side that lost out to England last night in the SAFIB Centenary Shield at Dalymount Park.

Carndonagh CS’s Jack Doherty was introduced as a substitute. Ollie Horgan, the Finn Harps senior manager, is part of the backroom team, while Milford’s Mickey McGlynn is the team’s physiotherapist.

The result puts a dent in the Irish hopes of retaining the Shield but with games still to come during the next fortnight against Northern Ireland in Belfast and Wales at Home Farm, Ireland will remain optimist about repeating last year’s success.

Both sides had first half chances to get on target with the Ireland striker Jake Ellis (Oatland’s College), hitting the side netting with one effort after getting in on Lee McLaughlin’s through ball.

While Yeat’s College star Donal Higgins fired over with a 25 yard drive and both Colin Kelly and Ellison both went close.

A mistake by Odumosu then gifted England the opener on the hour mark. The Irish ‘keeper failed to control Honohan’s back pass and Sinclair was on hand to poke the ball over the line.

Taylor doubled the lead ten minutes later when he touched home a corner at the far post to seal the win.

O’Connor’s charges will regroup now as they travel to Belfast to take on table toppers Northern Ireland on Thursday next in Queens University.