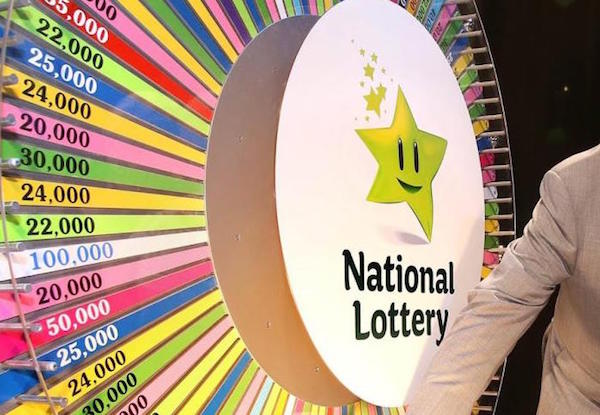 Donegal makes it a hat-trick on Winning Streak tonight!

If it’s a lotto luck you’re after then Co Donegal is where you have to buy your ticket.

No less than three of the five players on tonight’s Winning Streak on RTE bought their three-star tickets in Donegal.

Their appearance follows hot on the heels of another five players from the county who have appeared in the show in recent weeks.

And if that wasn’t enough 23-year-old Odhran Doherty from Letterkenny recently scooped a cool €1 million when his dad Liam gave him a lotto ticket.

Saturday’s appearance by the latest trio is a rarity but not a first, according to a lotto spokesman.

He said “It is certainly a rarity to get three pulled out from the same county but not a first.

“That said, Donegal is certainly having more than its fair share of luck with the lotto.

“As well as Saturday three players, we have had a number of people from Donegal appearing on the show in recent weeks.

“Odhran Doherty was the toast of Donegal two weeks ago when he scooped one million euro thanks to a ticket given to him by his dad.

“And before that Charlie Meehan, who is actually friendly with Odhran’s family took home €500,000 on a recent Euromillions Plus draw.

“It would certainly appear like Lady Luck is certainly shining down on players in Co Donegal at the moment.”

The three players who bought their tickets in Donegal and who will appear on Saturday’s show are Sarah McCarron, Chris Gillespie and Kathleen Coyle.

Sarah is from Clonmany has her son to thank for her appearance after he gifted her some scratch cards for Mother’s Day recently.

Kathleen Coyle from St Johnston will be replaced on the show by her niece’s husband Christopher Boyce.

Kathleen was at mass last Saturday when her name was called out on Winning Streak but her phone was soon ringing non-stop a few minutes later.

Chef Christopher Gillespie bought his ticket in Carrick where he was living and working in Glencolmcille but has since moved to Belfast.