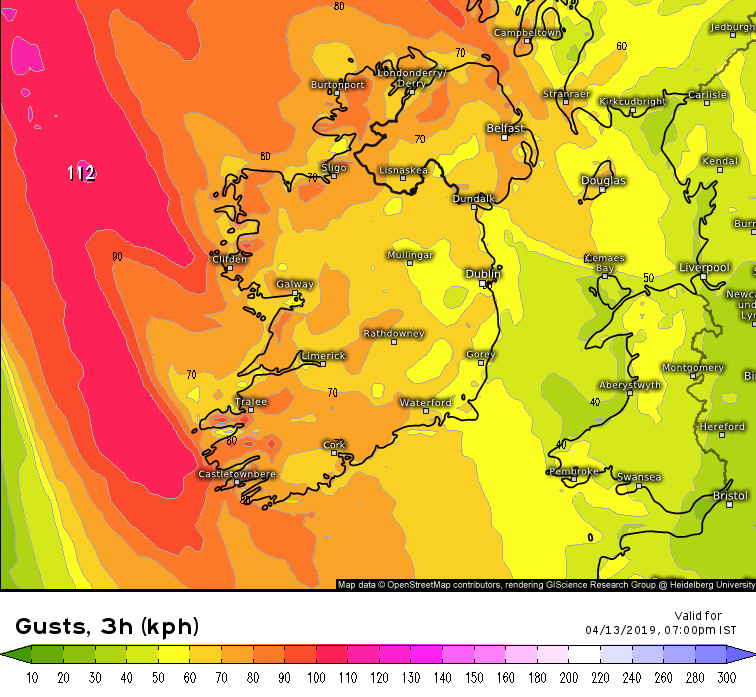 Donegal has been issued a status yellow weather warning as the county is set to be lashed by heavy wind until Sunday morning.

As the sun continues to shine over the county on Saturday evening, Met Eireann issued the wind warning, which will remain until 3am on Sunday.

Saturday will be cool and blustery day, windy near Atlantic coasts. Mostly cloudy over the W half of the country, but some sunny breaks may occur in some E areas. Many places will be dry, but rain will develop in southwestern and western areas during the afternoon&early evening.

Met Eireann say winds will be strongest in coastal areas – reaching mean speeds of between 50kph and 65kph.