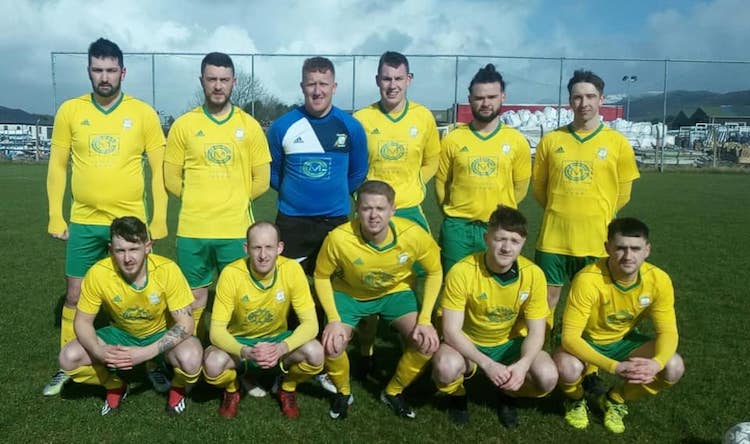 The game’s decisive moment after just 23 seconds into the second half, as Ryan slalomed his way in from the left and a low effort from the former Wolverhampton Wanderers man beat Rory Kelly down to his right.

That arrived after Brian McVeigh had cancelled out Grant’s early opener, but Rainey’s was a strike from which Rovers never recovered.

When sub McMonagle drilled home 20 minutes from time, it was curtain’s for Rovers, whose USL title challenge is now in danger of unravelling with champions Cockhill now requiring four points from their final three games to be crowned as kings again.

Bonagee, whose fortunes have drastically improved in Gibson’s first year at the helm, took the lead after three minutes when Gareth Breslin’s through ball found Grant and he fired past Kelly.

Micheál Doherty had a big chance to double the lead, but he shot over the top in the 17th minute.

Most of the attendance at the Dry Arch were still settling into their refreshments when Rainey put Bonagee in front again.

Rovers went close when Ryan McConnell riffled over the top after a free kick fell into his path while Michael Funston’s deflected effort forced Kelly to scramble to safety.

However, there was no denying McMonagle who was put clear on the right channel and an excellent finish gave Kelly no chance.