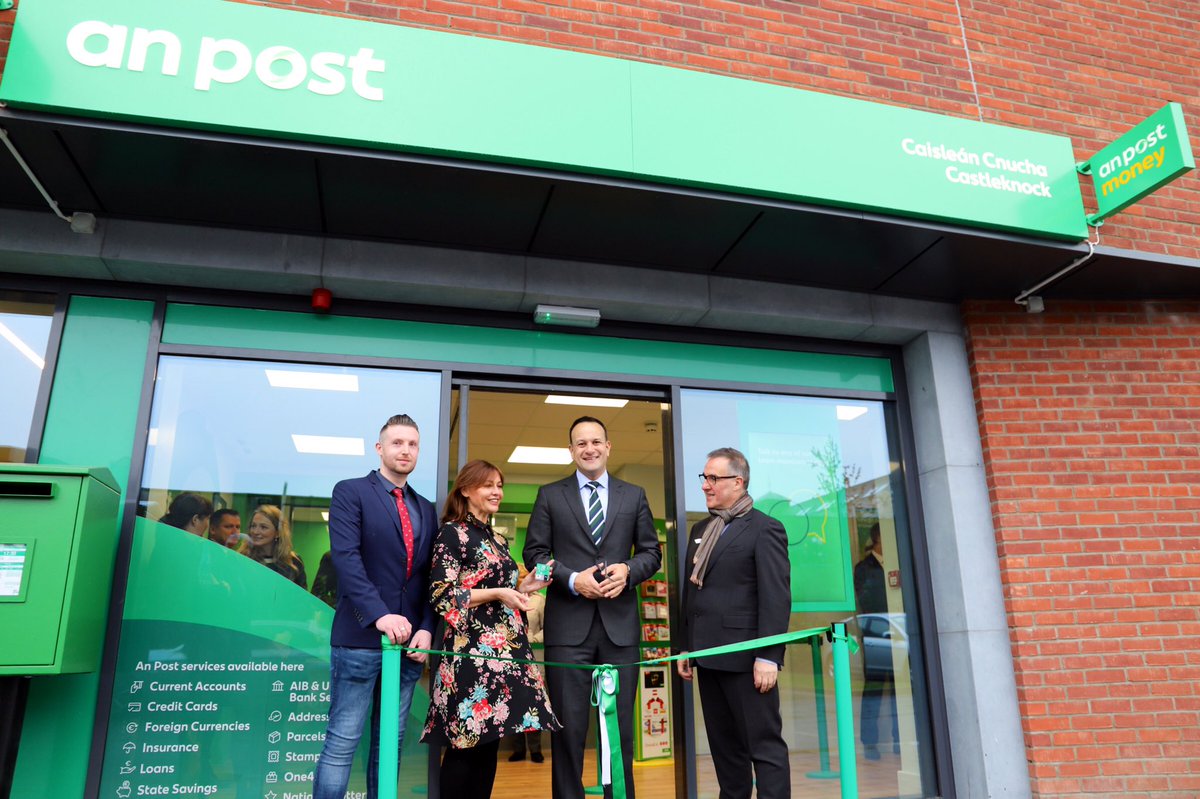 Taoiseach slammed for opening post office in his home constituency

A Donegal County Councillor has hit out at the Taoiseach after he opened a new post office in his own constituency while rural post offices in Donegal are dwindling.

Leo Varadkar performed the official opening of a post office in Castleknock on Monday.

The event sparked much debate as 159 post offices are due to close across the country, 17 of which are in Donegal.

Donegal Councillor John Shéamais Ó Fearraigh slammed the Taoiseach’s attendance as ‘repulsive’ and ‘deeply offensive’ to rural Ireland. The event was ‘a blatant example of Parish Pump Politics’, according to Cllr Ó Fearraigh.

This morning an Taoiseach, Leo Varadkar is performing the official opening of Castleknock Post Office.
The Post Office is a new Post Office which has just opened in the Lidl premises in Castleknock in Dublin. pic.twitter.com/gZKkbNGO7L

The West Donegal Councillor said: “I think I speak for the majority of people when I say that the photos which appeared in the press this week of An Taoiseach grinning from ear to ear while performing the official opening ceremony at a new post office in his own constituency were both repulsive and deeply offensive.

“The Taoiseach’s actions were not only ill-judged, but he showed complete and utter contempt for countless communities across rural Ireland where local post offices have either closed or are due to shut shortly.

“We need not look any further than our own county to see the impact which these closures have had on rural life here, with 17 towns and villages across Donegal, including Bunbeg, Dunfanaghy, Brinlack, Gortahork and Falcarragh all having lost postal services over recent months.

“Leo Varadkar’s photo-call this week is a blatant example of the worst kind of Parish Pump Politics imaginable, and was in bad taste to put it mildly.

“Fine Gael is on a mission to decimate rural Ireland, and let’s not forget that Fianna Fáil has a lot to answer for too as their TDs are keeping this Government in power.”