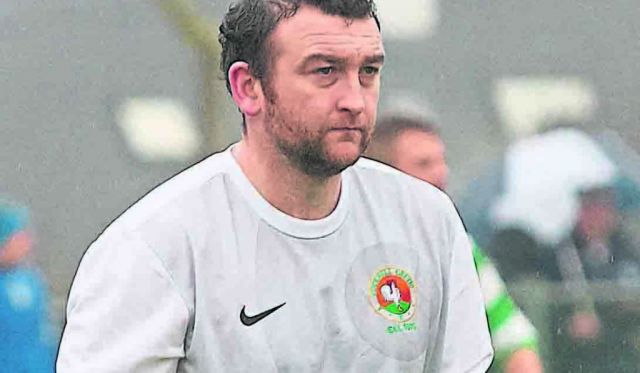 Gavin Cullen has hailed the commitment and longevity of his Cockhill Celtic as they stand on the cusp of a SEVENTH Ulster Senior League title.

A 4-0 win over Derry City Reserves last night moves Cockhill to within a point of USL glory again.

Cockhill can clinch the silverware when they face Finn Harps Reserves on Sunday or potentially before it, as they would be champions should Letterkenny Rovers fail to beat Derry City on Saturday night.

“We still have two tough games to go. Hopefully we can do the business. Harps are a good side and we’ll take nothing for granted.

To get to this stage every season is a testament to them. You can’t win six-in-a-row without having that commitment and it’s the nucleus of the same group.”

The likes of Cullen, Gerry Gill, Malachy McDermott, Peter Doherty, Jimmy Bradley and Mark Moran have been there much of the road – and a fine win over the young Candystripes brings them closer to an unprecedented seventh title in succession.

Cullen said:  “It was routine in the second half, but we were made work hard in the first and we were frustrated with ourselves. As the game went on at 1-0, it was edgy, but we turned it on and played well in the second half.”