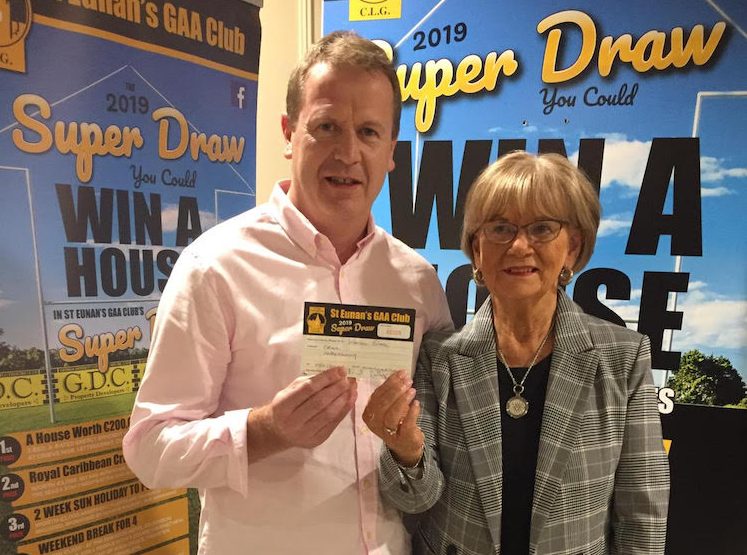 A Letterkenny woman is celebrating tonight after winning a brand-new house in the St Eunan’s GAA club’s Super House Draw.

Kathleen Blake from Crieve in Letterkenny was the lucky punter to win the three-bedroom, A-rated energy efficient house at Crieve Mór, Letterkenny, valued at €200,000.

Kathleen’s ticket was pulled from the drum by draw co-ordinator Ciaran Haran.

To add to the suspense, the first-prize ticket was placed in an envelope and the remaining nine prizes drawn before the house winner was announced.

A huge crowd gathered at the Mount Errigal Hotel for the draw.

A surge of sales flooded in online in recent days with the proceeds of the draw going towards developing St Eunan’s grounds at O’Donnell Park.

4th prize – Weekend break for 4 at the Shandon: Brendan and Andrew McIntyre, Strabane